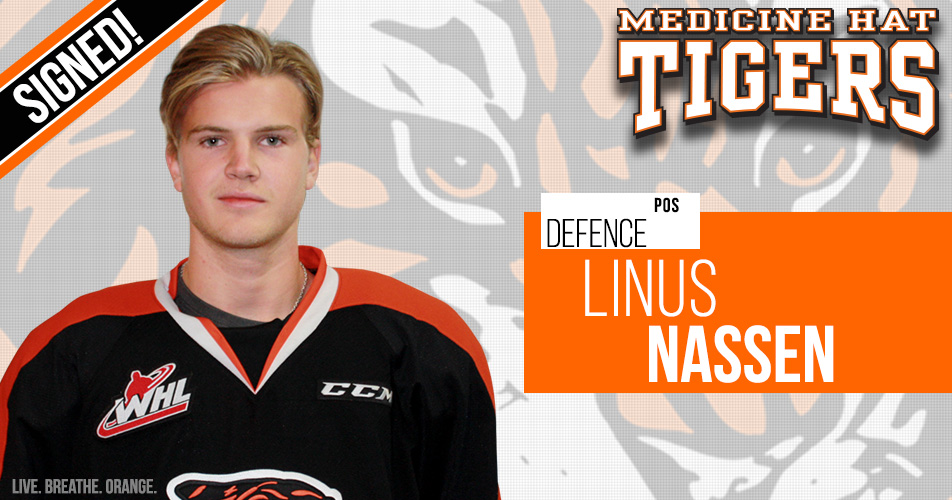 Medicine Hat, AB — The Medicine Hat Tigers have announced that Defencemen Linus Nassen has been signed to a WHL Standard Player Agreement.

Linus was selected by the Tigers in the 2nd round of the 2017 import draft. He was also drafted by the Florida Panthers #89 overall in the 2016 NHL entry draft.

Linus Nassen will make his debut as a Tiger this weekend, as the Medicine Hat Tigers start the 2017-2018 WHL season with a home and home series versus the Lethbridge Hurricanes.