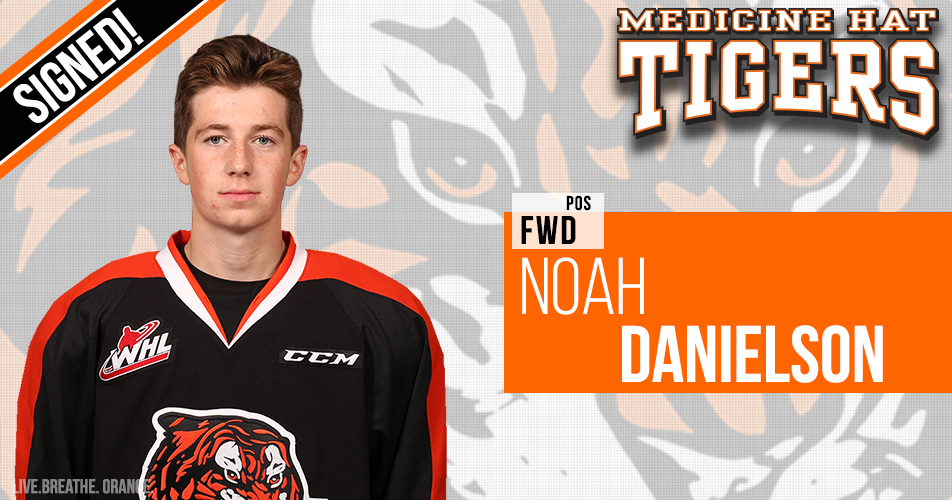 Danielson, The Tigers 4th round selection (87th overall) from the 2017 Western Hockey League bantam draft is a dynamic offensive player that likes to shoot the puck and create offensive chances, a skill that he hopes to bring to the Orange and Black in the future.

The Red Deer, AB product led the AMBHL in scoring last season with 78 points, as Danielson would average a goal per game, notching 36 goals in 36 games, to go along with 42 assists. The 5’9 forward would also go on to earn the AMBHL’s Most Valuable Player award, as well as the league’s Top Forward award.

Danielson is playing for the Red Deer Chiefs Midget AAA team of the AMHL this season where he currently has 13 points in 21 games.