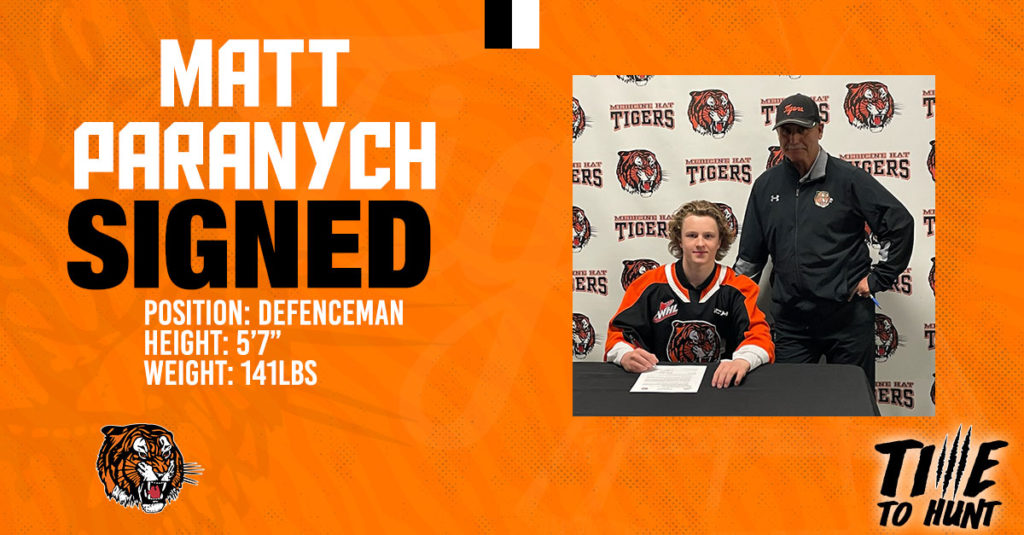 Tigers Head Coach and General Manager Willie Desjardins says “We are excited to have a payer of Matthew’s caliber join our team.  Not only for his playmaking ability but for his character.”

Director of Player Personnel Bobby Fox went on to say “Matthew is a smart deceptive mobile Defencemen that drives possession.  He sees the ice really well, he’s elusive and poised with the puck, and has an accurate shot.”