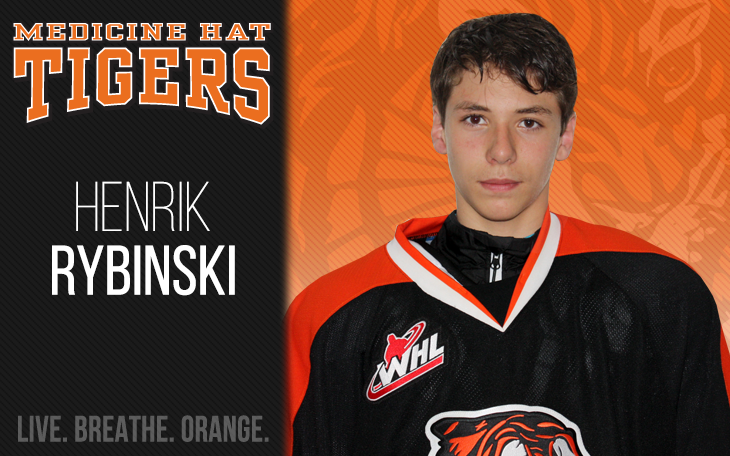 Medicine Hat, AB – The Medicine Hat Tigers are pleased to announce the signing of forward Henrik Rybinski to a Standard WHL Player Agreement.

“This is another exciting day for the future of Tigers hockey,” stated Head Coach and General Manager Shaun Clouston. “We welcome Henry and his family to our organization and look forward to following Henry’s progress throughout the upcoming season,” added Clouston

Rybinski was the Tigers 2016 2nd Round draft pick (34th overall). The 5’10 150lb native of Vancouver, BC played last season with the Burnaby Winter Club Tier 1 team, putting up impressive numbers. In 59 games Rybinski totalled 119 points including 75 assists and 44 goals. At Orientation Camp in May, Rybinski was touted by coaches and scouts as one of the fastest players on the ice.

Rybinski will compete for a spot on the Tigers roster beginning the 2017-18 season as a 16 year old.