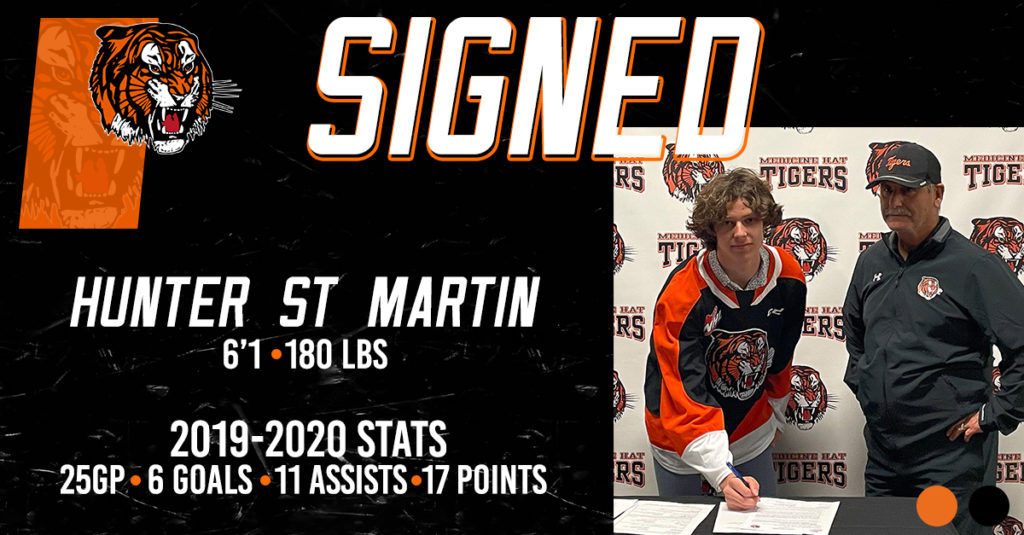 St. Martin, a native of Edmonton Alberta is second generation Tiger, is carving his own path alongside his father, Blair St. Martin who played for the Tigers between 1994-1998.

The Tigers kick off their pre-season this evening in Lethbridge to take on the Hurricanes before returning home to Co-op Place for the second half of the home and home series.