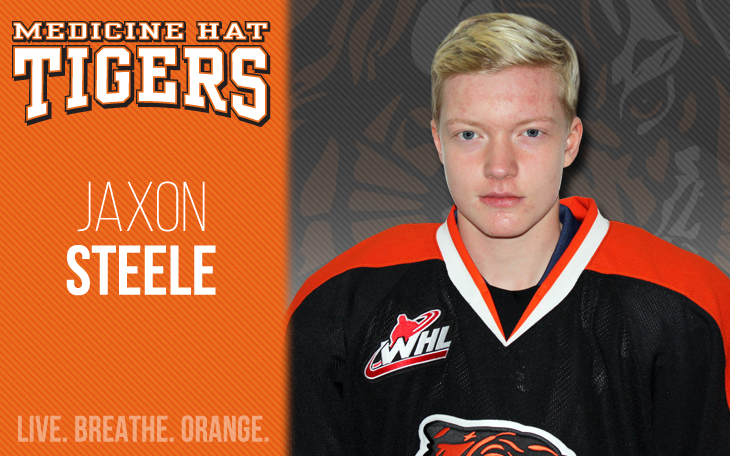 Medicine Hat, AB — The Medicine Hat Tigers are pleased to announce the signing of prospect Jaxon Steele. Steele is a 2000 born forward from Calgary, Alberta went undrafted in 2015 but was listed by Medicine Hat earlier this season.

During the 2015-16 campaign Steele had a phenomenal year capturing the Alberta Minor Midget Hockey League scoring title with 87 points in 37 games (2.35 points per game). Steele also led the entire league in assists with 49 and was ranked 3rd in goals with 38.

Steele’s team the CBHA Rangers finished second in the South Division which was a tight race with their organizational rival the Blackhawks, with 4 points separating a 1st place finish. The Rangers however did win the Sutter Cup for the South Division, with a 5-3 victory over the AC Avalanche. In the Gold medal game, Steele recorded 2 assists and 9 points overall in the post season in 12 games.

Steele is eligible to crack the Tigers roster this season as a 16 year old.