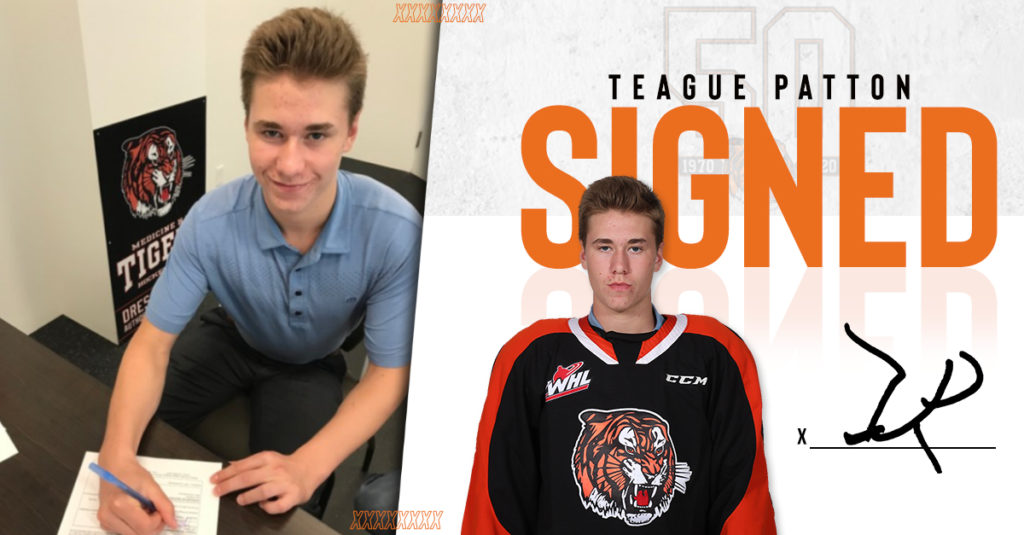 Medicine Hat, AB — The Medicine Hat are pleased to announce that Teague Patton has signed a WHL Standard Player Agreement.

“Teague is an offensive forward that is dangerous off the rush. He shows good offensive instincts, compete and puck skills,” said Bobby Fox, Director of Player Personnel.

The 15-year-old Kelowna, BC product played for the Okanagan Rockets in the BC Major Midget Hockey League last season where he picked up 27 points (10G, 17A) in 35 games played.

“Teague is a good offensive player that is always looking to attack,” said Willie Desjardins, General Manager and Head Coach. “We would like to welcome Teague and his family to the Tigers Organization.”