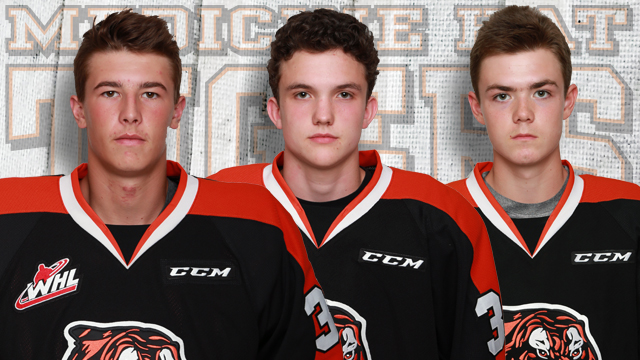 “We are very pleased that Rylan, Baxter and Josh have all committed to our organization. The coaching staff and I are excited about the opportunity to work with these players as Tigers,” said General Manager and Head Coach Shaun Clouston.

“Rylan has good size for a young goaltender,” said Senior Director of Player Development Darren Kruger, “He also possesses very good athletic abilities and is quick down low with his agility; we look forward to working with him and his family in the future.”

Anderson was a 2015 Bantam Draft selection (4th round, 83rd overall) and played with the Burnaby Winter Club last year. In 59 games Anderson had 79 points including 42 goals.

“Baxter has very good speed and hockey sense which we believe will make him a great two way player on our team,” said Kruger, “Baxter has shown to us early on how high is skill set is and we are excited he has decided to join our organization.”

“Josh possesses every quality we look for in a Tiger,” stated Kruger, “He has a tremendous work ethic and passion for the game and we would like to welcome Josh and his family to the Medicine Hat organization.”

The Tigers kick off their 2015 WHL Preseason on Friday with a game against Lethbridge at the Enmax Centre followed by a Saturday night game in Swift Current.

Reminder season tickets are still on sale can be purchased from the Tigers office by calling 403-526-2666, secure your seats in the brand new Canalta Centre now!