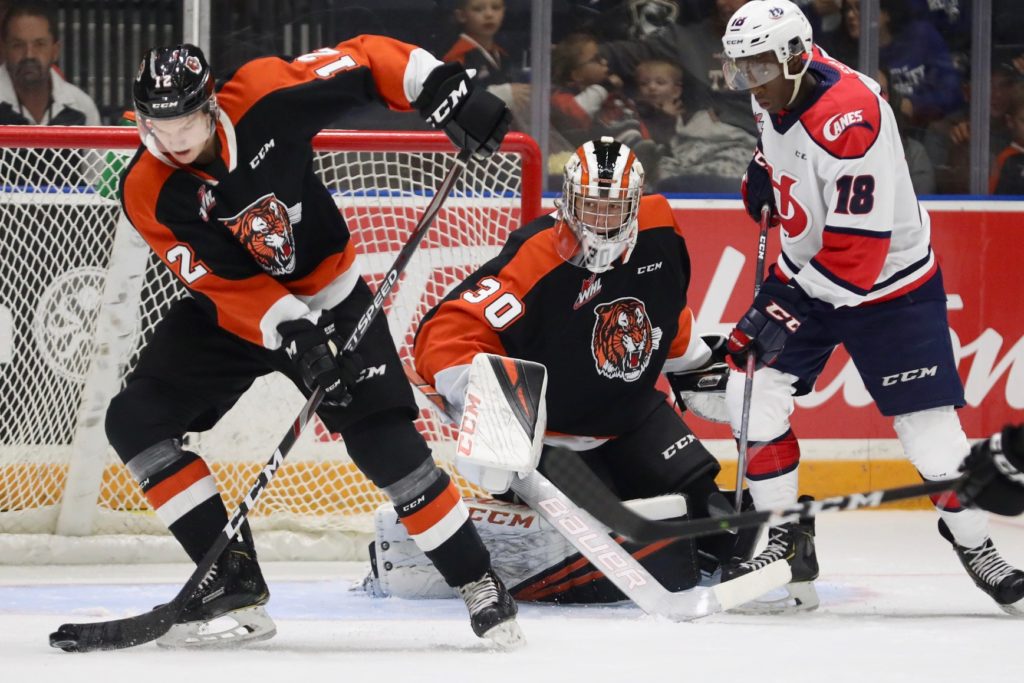 The Tigers were down 2-0 at the beginning of the third period when alternate captain Ryan Chyzowski dove to bury a rebound into the net to get the home team on the board. The Tabbies tried to rally back but were unable to get another one past Lethbridge netminder Bryan Thomson. Chyzowski’s second goal of the season was assisted by Brett Kemp and Cole Sillinger.

Alex Cotton scored the Hurricanes first period goal to give the visitors an early lead while Noah Boyko extended the lead to 2-0 late in the second stanza.

With less than two minutes remaining in the game, goaltender Mads Søgaard left his net to give the Tigers an extra attacker while they were pressuring for the game tying goal. Unfortunately. Hurricanes’ Koletrane Wilson won the puck and passed it to Oliver Okuliar who was able to score on the Tigers’ empty net to seal the 3-1 victory for the visitors.

Søgaard stopped 23 of 25 shots faced while Thomson turned aside 32 of the Tigers’ 33 shots.

The Orange and Black are now 1-1-0-0 and they will play three games in three days next weekend. On Friday, the Tigers will travel to Innovation Credit Union i-Plex to take on the Swift Current Broncos before returning home Saturday to host the Broncos. On Sunday, the Tabbies will travel to Calgary to face the Hitmen in an afternoon tilt.