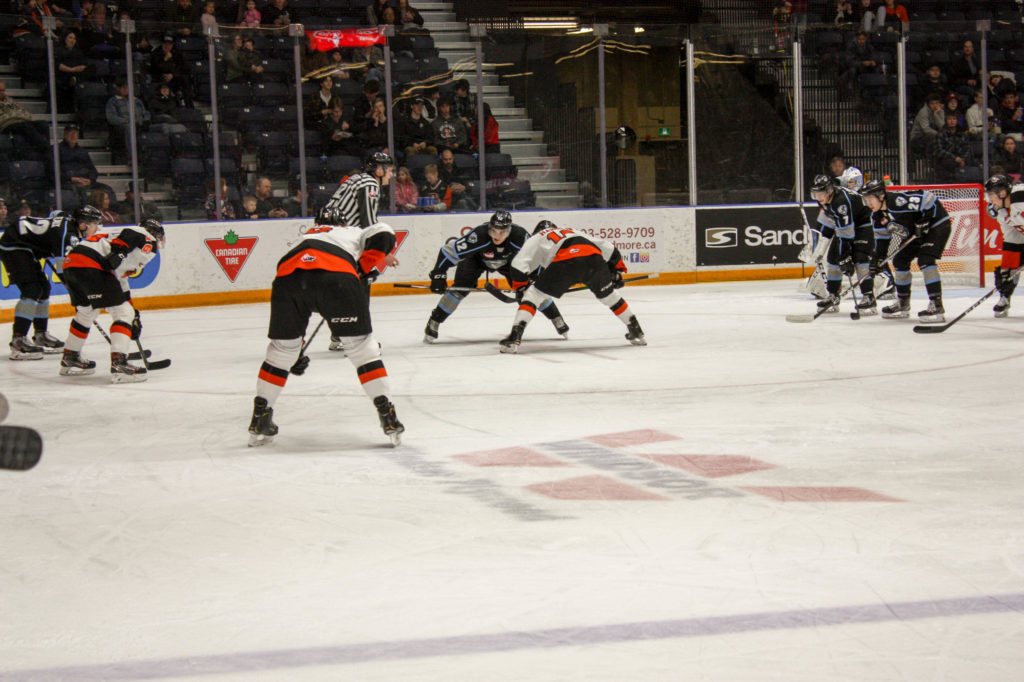 Veteran forward Ryan Chyzowski had a two goal game in the contest while Elijah Brown suited up for his 200th career WHL game. The Tigers finished their season series against the ICE with a 2-2-0-0 record.

Michael Milne scored for the visitors less than four minutes into the game to give the ICE an early 1-0 lead.

In the latter half of the opening period just as the power play expired for the Tigers, Brett Kemp circled the net before feeding the puck to Baxter Anderson on the doorstep. Anderson’s effort was denied by ICE goaltender Liam Hughes yet Chyzowski was there to score on the rebound and bring the game back to a 1-1 stalemate.

Late in the frame with only thirty-three seconds left, Parker Gavlas played the puck to Jonathan Brinkman who carried up the ice into Winnipeg’s end in a two on one with Chyzowski. Brinkman dropped the puck off to Chyzowski in the hash marks to score his second goal of the night and give the home team a 2-1 lead.

Play was coast to coast in the second stanza but neither team was able to capitalize on any of their opportunities.

The ICE scored two goals in a minute and 14 seconds in the final frame to take the lead. Owen Pederson and Jackson Leppard were the goal scorers.

Late in the game, the Tabbies pulled goaltender Mads Søgaard which they pushed for an equalizer but the ICE won possession of the puck and Isaac Johnson scored on the empty net to make it 4-2 for the ICE.

The Tigers are 34-18-2-1 and they will host the Tri-City Americans on Friday and the Spokane Chiefs on Saturday.