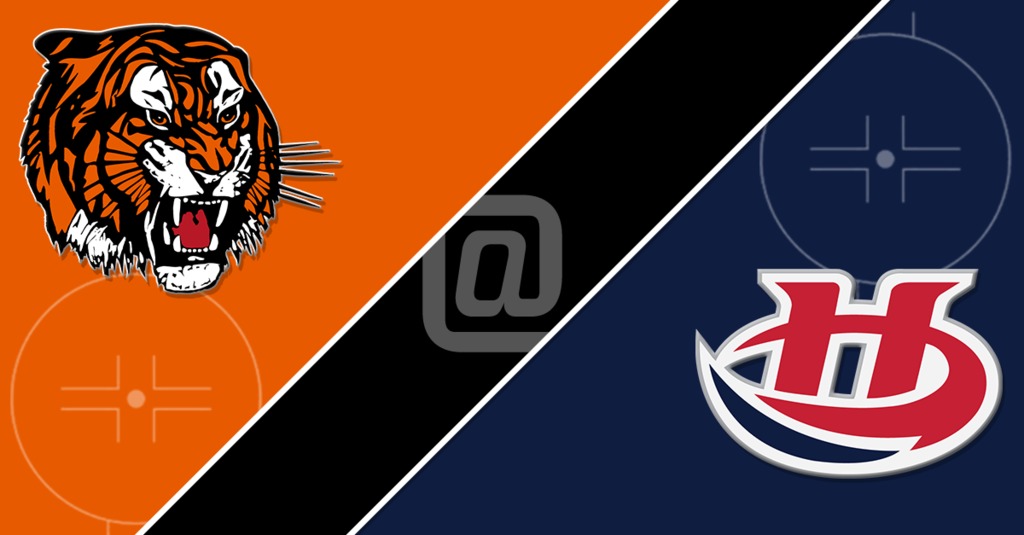 The Medicine Hat Tigers took the first game of the home and home series against the Lethbridge Hurricanes 4-2.

Ryan Chyzowski, Tyler Preziuso and Cole Clayton combined on two goals late in the final frame to secure the victory for the Orange and Black. It was the first time in the season series between these two clubs where the home team did not win.

Hurricanes forward Jake Elmer scored in the first period, but after a review of the play, the goal was called off. Both teams headed to the dressing room after 20 minutes of play tied 0-0.

Early in the middle stanza, Hurricanes defenceman Calen Addison scored from the point to officially claim the lead for the home team.

Midway through that period, David Quenneville fired in a shot that bounced off Hurricanes goaltender Logan Flodell before hitting Josh Williams and going into the net. Quenneville and Kristians Rubins picked up the assists on Williams’ 11th goal of the season and brought the game to a 1-1 tie.

Sixteen seconds into the final frame, James Hamblin sent a cross ice pass to Bryan Lockner who tapped the puck into the wide open net to give the Tabbies their first lead of the night.

Hurricanes Captain Jordy Bellerive responded for the home team and brought the game back to a stalemate midway through the period.

Near the end of the game, Preziuso and Clayton combined to set up Chyzowski to score the game winning goal.

Hurricanes pulled netminder Flodell to try to tie the game back up late in the game with an extra offensive push, but the Tigers gained puck possession and Preziuso fired the puck into the empty net to secure the 4-2 victory. Clayton and Chyzowski assisted on the play.

Tigers veteran netminder Michael Bullion made a handful of exception saves and stopped 28 of the 30 shots he faced. Flodell turned aside 35 of the Tabbies’ 38 shots.

The Orange and Black went 6/6 on the penalty kill but also went 0/3 on the power play.

The Tigers are now 36-27-8-0 and will return home to host the Hurricanes for the second half of the home and home series and their final home game of regular season. Tomorrow night’s contest will also be Fan Appreciation Night with many prizes to be won, tickets are still available and the game starts at 7:30 PM.