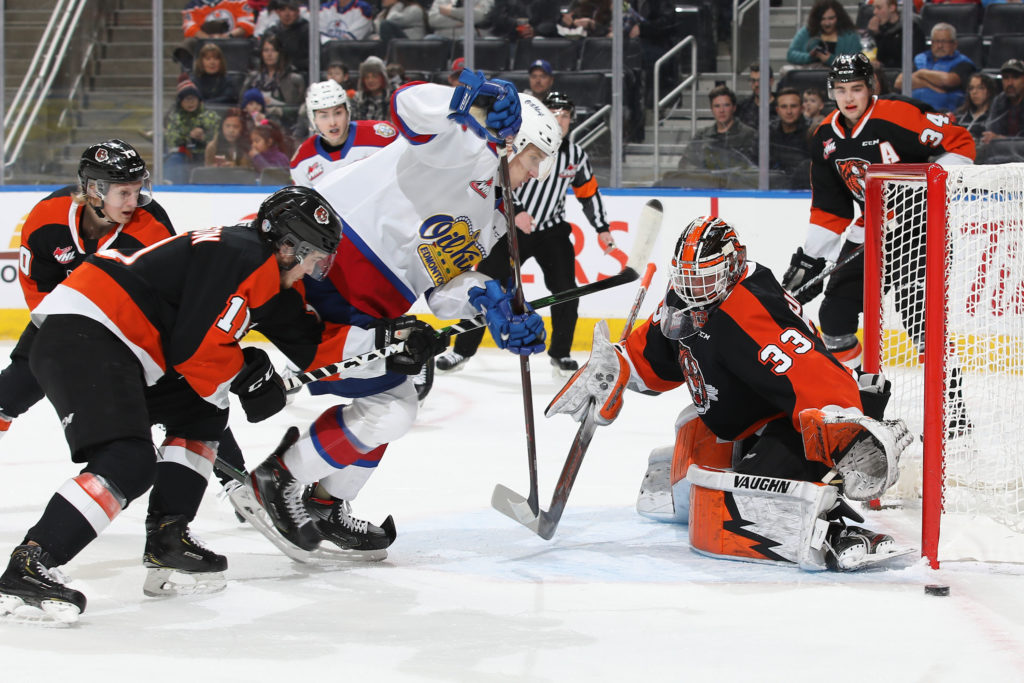 Midway through the opening frame, Jonathan Brinkman snapped a wrist shot into the upper right hand corner to open the scoring in the game. Brinkman’s 12th goal of the season was assisted by James Hamblin.

The Oil Kings quickly responded to take the lead away from the Tabbies. David Kope scored 22 seconds after Brinkman to bring the game back to a stalemate and just over two minutes later, Ethan McIndoe scored on the power play to make it 2-1 for the home team.

Oil Kings’ veteran forward Ethan Cap scored the lone goal of the second stanza midway through the period on a power play to give Edmonton a 3-1 after two periods of play.

Jake Neighbours scored the Oil Kings’ fourth goal of the game just over a minute into the final frame.

The Tigers continued to push and during four on four play, Dylan Plouffe forced a turnover in the Oil Kings’s end. Plouffe’s effort was rewarded when he scored his ninth goal of the season to cut Edmonton’s lead to two.

Trailing 4-2 late in the game, rookie goaltender Garin Bjorklund left the net to give the Tigers the man advantage while they had possession in the Oil Kings’ end. The Oil Kings won possession of the puck and Dylan Guenther scored on the empty to give Edmonton the 5-2 victory.

Medicine Hat is 34-17-2-1 and they will return home to host the Winnipeg ICE on Monday for Gas Kings’ Family Day game. The game will start at 2 p.m. and tickets can be purchased at the Canalta Centre Box Office or online.