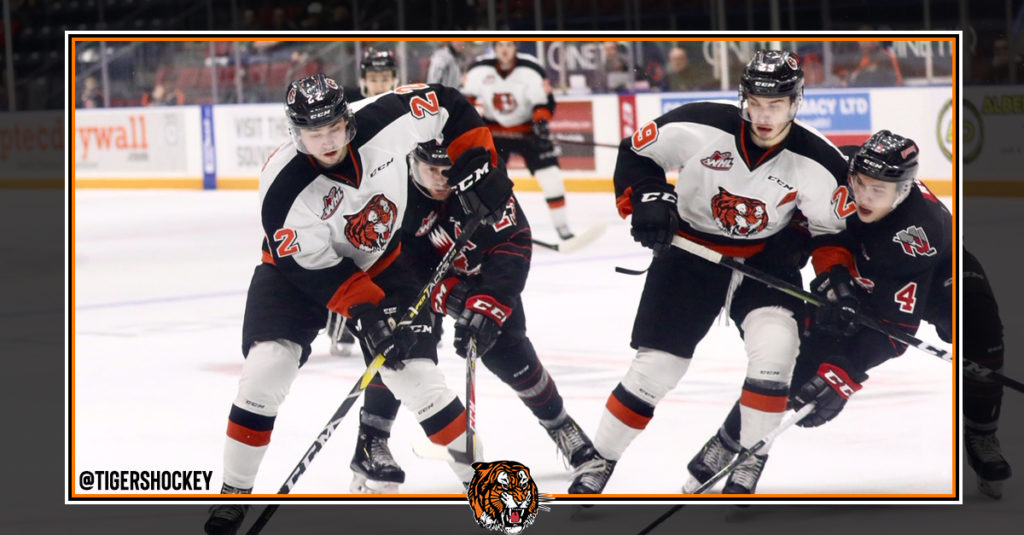 Trailing 2-0 heading into the final frame, Baxter Anderson scored to get the Tigers on the scoresheet but they were unable to complete the comeback.

Warriors Justin Almeida scored in the first period and Brayden Tracey scored in the second stanza to give the visitor’s their 2-0 lead.

The Tigers came out strong in the final frame looking for a way to solve Warriors’ goaltender Brodan Salmond. Midway through the period, Corson Hopwo dished the puck to Anderson on the point and Anderson fired the puck through traffic to get the Tabbies on the scoresheet.

After Anderson’s third goal of the season, the tenacious Tigers continued to look for a way to tie the game up. Late in the frame, Jordan Hollett left his net while the Tigers controlled the play in the Warriors’ end hoping an extra attacker would be what the team needed. Unfortunately, the puck was turned over at the blue line and Tristin Langan skated the puck down into the Tigers’ end before passing it Almeida to score his second goal of the night.