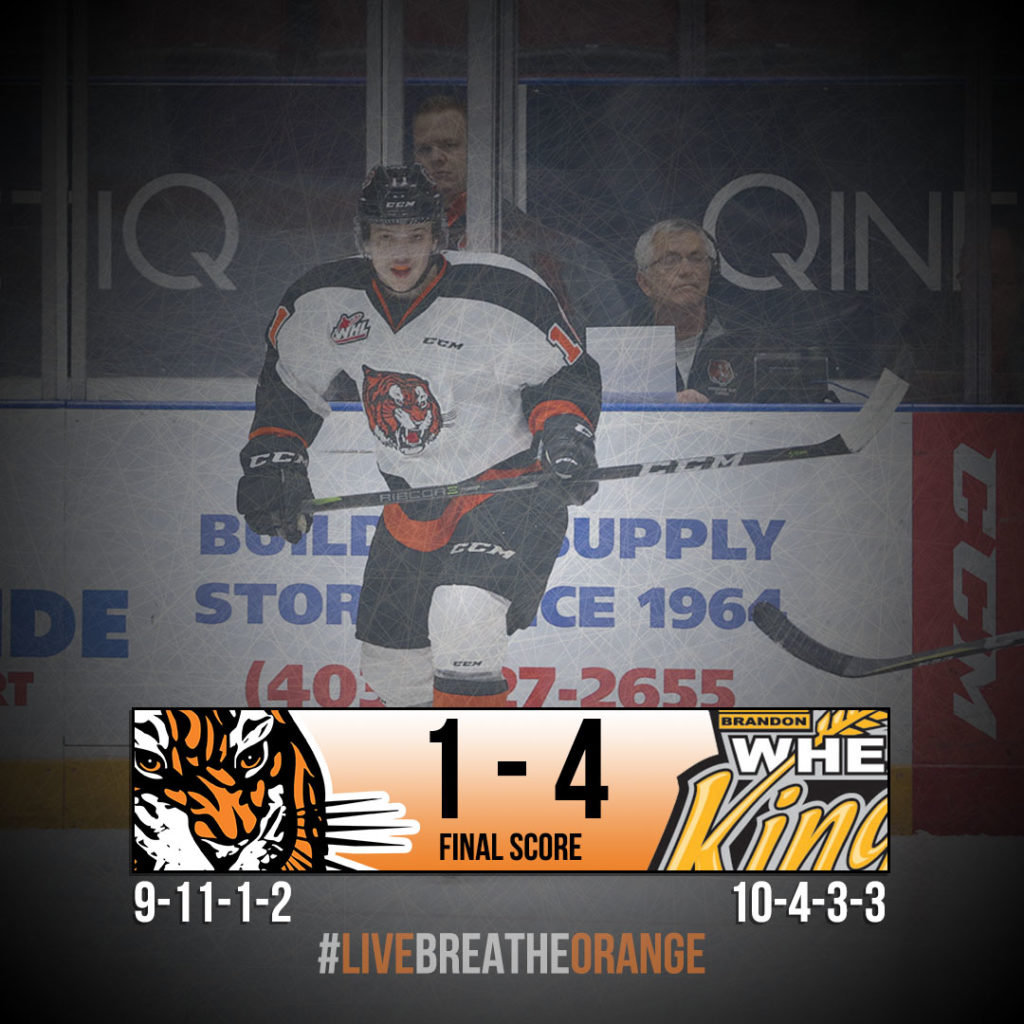 Medicine Hat, AB — The Medicine Hat Tigers stumble 4-1 to the Brandon Wheat Kings in the third game of their four game road trip.

Baxter Anderson scored his first goal of the 2018-19 campaign and was the lone goal scorer for the Tigers in the losing cause, while goaltender Jordan Hollett stopped 49 of the 53 shots faced.

The Wheat Kings scored twice in the opening frame to claim the lead. Ridley Greig scored early into the game and Linden McCorrister made it 2-0 midway through.

Anderson scored 1:34 into the second stanza by beating the Wheat Kings netminder Ethan Kruger blocker side to score his first of the season. Bryan Lockner and James Hamblin assisted on the play.

The Orange and Black are now 9-11-1-2 and will travel to Swift Current to play their final game of this Eastern Conference road trip.