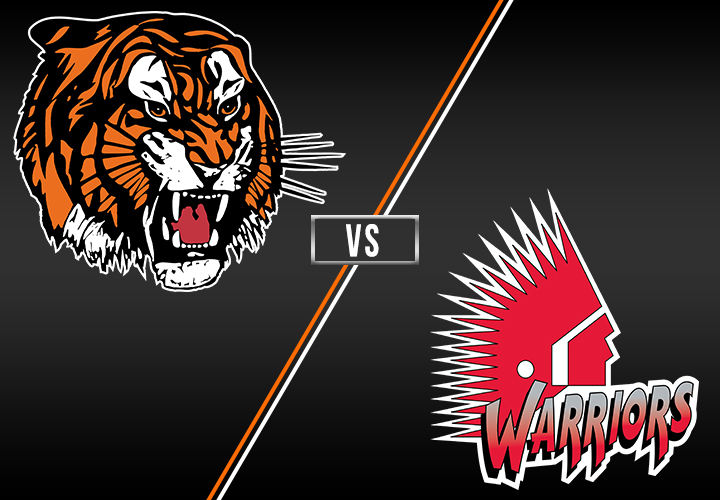 Warriors’ rookie Brayden Tracey opened the scoring in the first period to allow his team to head to the dressing room leading 1-0 after 20 minutes of play.

In the second stanza, Tracey added two more goals before Keenan Taphorn and Kjell Kjemhus extended the Warriors’ lead to 5-0.

Tigers goaltender Jordan Hollett left the game after Kjemhus’ goal at 14:49 in the second period making 22 saves on 27 shots faced.

Midway through the final frame, affiliate player Cole Sillinger pressured the Warriors’ defence, won the puck and dished it off to Brett Kemp who set up Ryan Chyzowski to score his 16th goal of the season.

Late in the game Warriors’ Justin Almeida scored to seal the 6-1 Tigers defeat.

Mads Søgaard turned aside 9 of 10 shots faced in 25:11 played while Warriors netminder Adam Evanoff stopped 33 of the Tigers’ 34 shots.

Medicine Hat is now 27-18-2-2 and will return home to the Canalta Centre to play the Brandon Wheat Kings Saturday night. Saturday’s contest is brought to you by the Canadian Mental Health Association as part of their Talk Today initiative and the game will start at 7:30 PM.