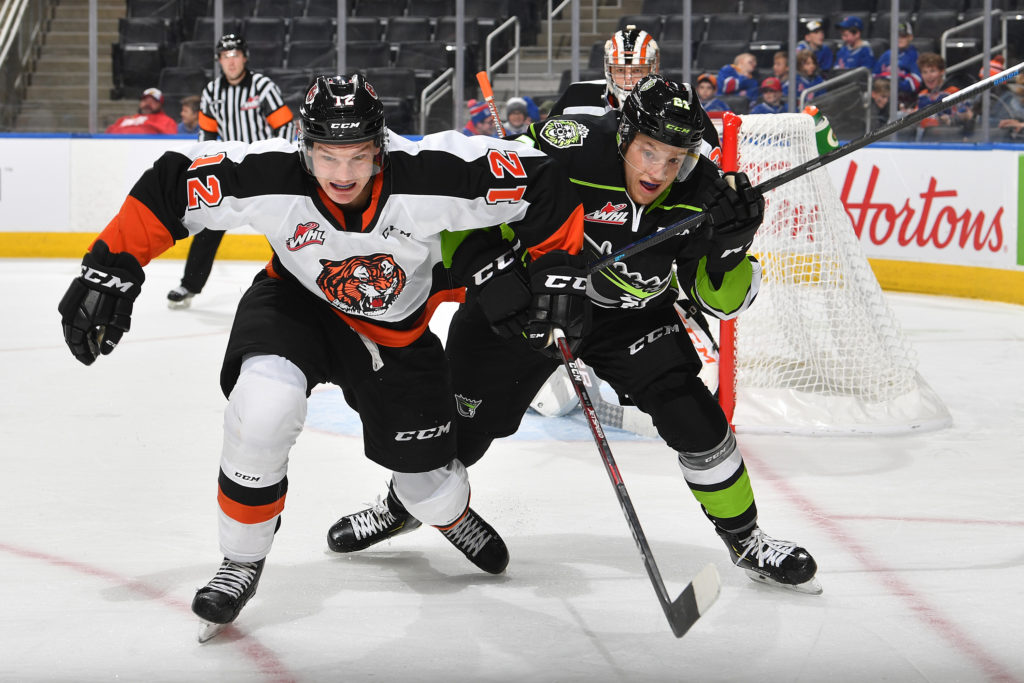 Medicine Hat, AB — The Medicine Hat Tigers were defeated 4-2 by the Edmonton Oil Kings at Rogers Place on Friday night.

The Oil Kings scored twice before the Tigers got on the scoresheet. Riley Sawchuk opened the scoring in the first period on a shorthanded play from Josh Williams. In the second stanza, Ethan McIndoe extended the Oil Kings to 2-0.

Shortly after McIndoe’s goal, Brett Kemp scored his third goal of the season to bring the Tigers within 1. Ryan Chyzowski and Cole Sillinger combined on the play.

Late in the frame, Carter Souch scored to make it 3-1 for Edmonton after 40 minutes of play.

During 4 on 4 play in the third period, Bryan Lockner set up a wide open Daniel Baker who did not hesitate to put the puck into the net and cut the Oil Kings’ lead to 1. Baker’s goal was his fifth of the season.

Late in the game, Sawchuk scored his second goal of the night to seal the 4-2 victory for the Oil Kings.

Mads Søgaard stopped 35 of 39 shots faced while Todd Scott turned aside 42 of the Tabbies’ 44 shots.

The Orange and Black are now 8-3-1-0 and they will travel to Lethbridge to battle the Hurricanes on Saturday night. The game starts at 7 PM.