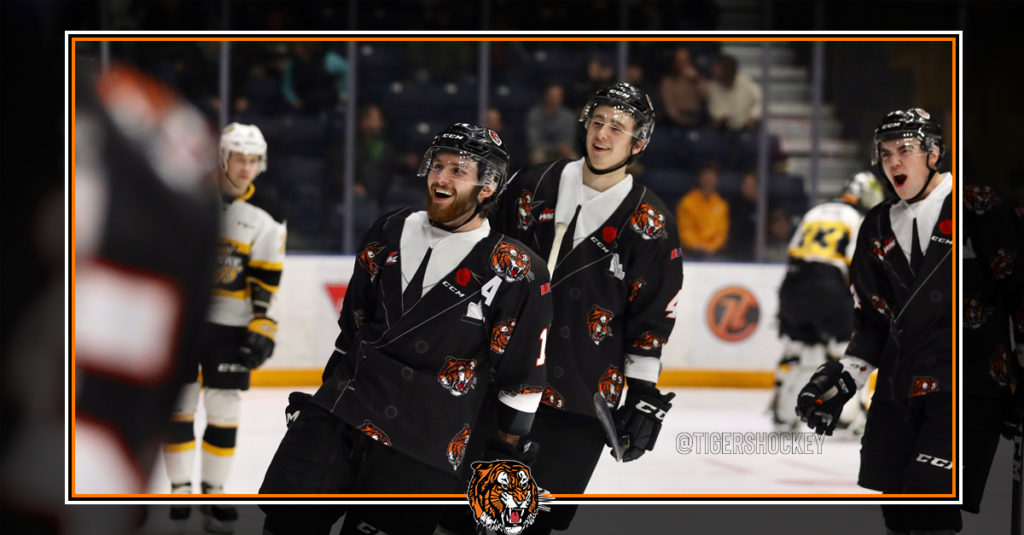 All the jerseys from the game are being auctioned off online and the auction will run until March 14th at 7:30 PM.

The Tigers opened the scoring late in the first period while on the power play. Brett Kemp played the puck across the crease for Ryan Jevne to bury it into the net. Jevne’s first goal of the night was also assisted by James Hamblin.

The lead was shortlived for the home team as the Wheat Kings’ Captain, Stelio Mattheos scored 28 seconds later to tie the game up.

In the second stanza, Jevne combined with Kemp to set Ryan Chyzowski up to score his 24th goal of the season and regain the lead.

Five minutes later, while the Tigers were on the penalty kill, Jevne cleared the puck down the ice. Wheat Kings’ goaltender Jiri Patera came out to play the puck but it skipped over his stick and found its way into his net. Jevne’s second goal of the night was his 30th of the season.

Chad Nychuk scored for the Wheat Kings shortly after while they were still on the power play.

The Tigers went to the dressing room leading 3-2 after two periods of play.

In the final frame, Hayden Ostir scored his 11th goal of the season and sealed the 4-2 victory for the Tabbies. 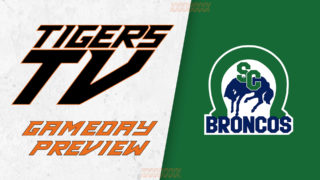 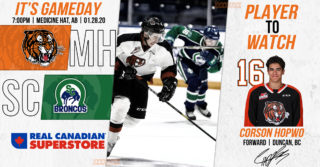 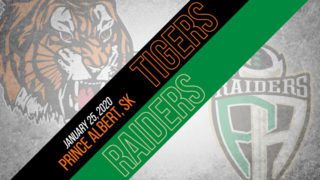 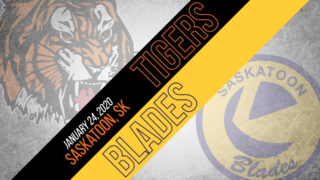