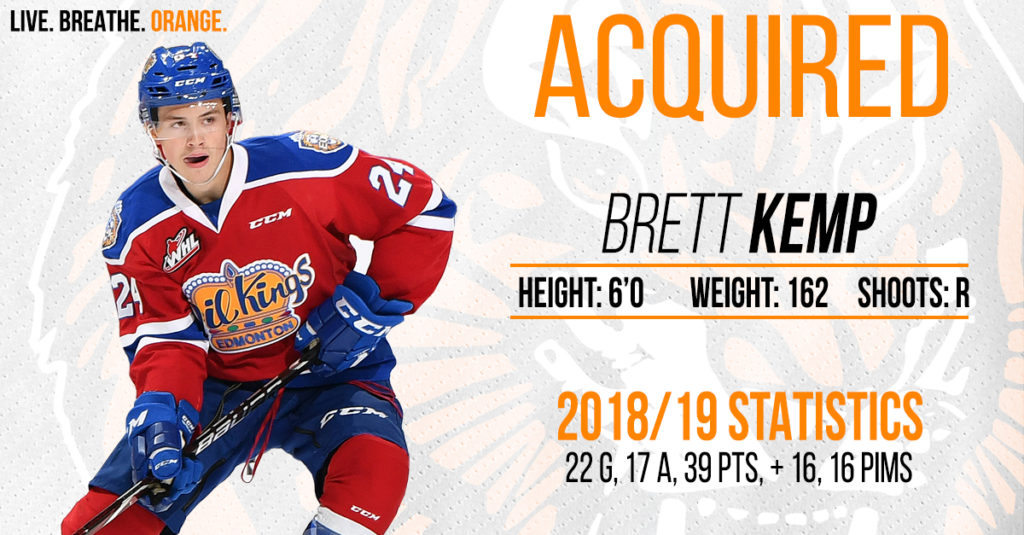 “We are excited to welcome Brett and his family to the Tigers’ organization. We look forward to working with him and helping him further develop. We would also like to thank Josh for his contributions to the Tigers and wish him all the best in Edmonton,” said General Manager and Head Coach Shaun Clouston.

Kemp was a second-round draft pick of the Everett Silvertips in 2015. He was traded in the 2016-17 season to the Oil Kings. This season Kemp has 22 goals and 17 assists in 40 games played and was the Oil Kings’ second highest point producer.

The Medicine Hat Tigers host the Regina Pats tomorrow night at the Canalta Centre. The game will start at 7:30 PM.