Medicine Hat, AB – The Medicine Hat Tigers have made a multi-player deal with the Prince Albert Raiders to kick off the New Year.

The Tigers have acquired centre Logan McVeigh (94), defenceman Zach Hodder (93), defenceman Connor Hobbs (97) and a 2nd round pick in the 2013 WHL Bantam Draft.

In return, Prince Albert will receive defenceman Dylan Busenius (93), forward Jayden Hart (94) and a 6th round pick in the 2014 WHL Bantam Draft.

“This move addresses our current roster situation while also adding a talented prospect and a high pick in the upcoming draft” says Tigers’ gm and head coach Shaun Clouston. “We look forward to having Logan and Zach join our team.”

Originally a 2nd round selection of the Kamloops Blazers, McVeigh is a 6’1″ 195lb. forward hailing from Kenaston, SK currently in his 3rd WHL campaign. He has 23 points in 38 games this season, including 5 points in his last 2 contests and 15 points over the past 14 games.

Delta, B.C. product Zach Hodder is a 5’11” 180lb. veteran defenceman in his 4th season in the league.  A left-hand shot, he has accumulated 2 goals and 1 assist this season in 25 games played.  Zach was selected in the 1st round of the 2008 WHL Bantam Draft, 20th overall by the Vancouver Giants.

A 4th round pick in the 2012 WHL Bantam Draft, Connor Hobbs is a talented prospect who has seen time with Saskatchewan’s Under-16 squad.  The Saskatoon product stands 5’11”  and 170 lbs and is known as a solid defender with plenty of offensive upside, makes a good first pass and plays with a physical edge.

“We would like to welcome Zach, Logan, and Connor to the Medicine Hat Tigers,” stated Clouston.

“We’d also like to recognize the contributions of Dylan Busenius and Jayden Hart and wish them well in Prince Albert.”

McVeigh and Hodder are expected to be in the line up when the Tigers play the Blades in Saskatoon tonight. 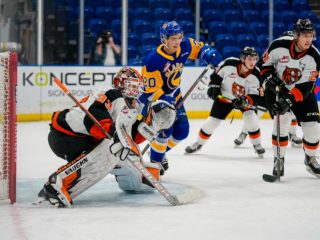 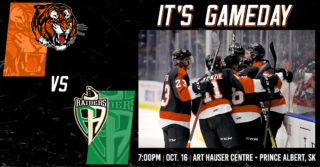 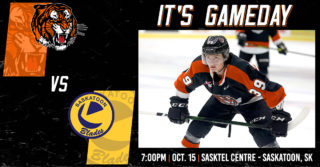 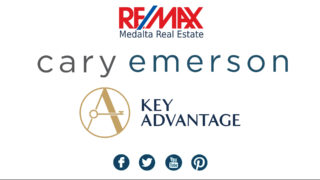 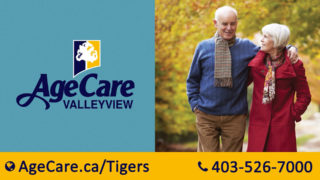