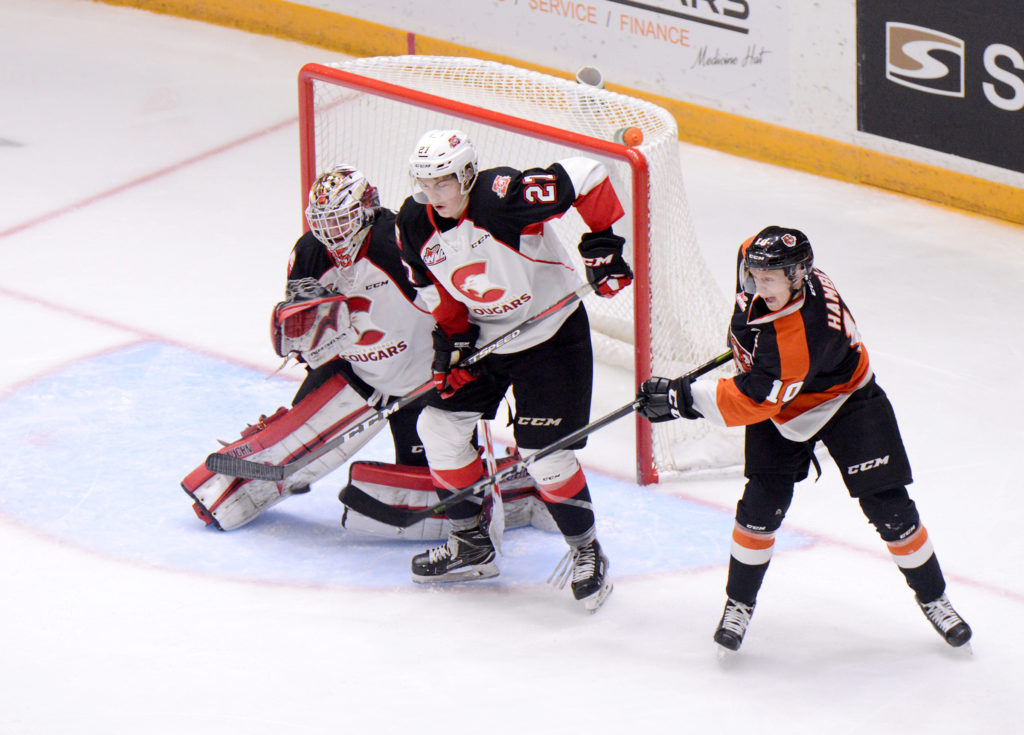 Medicine Hat, AB — It was a night of firsts for the Medicine Hat Tigers as they earned their first win at home by defeating the Prince George Cougars 4-1.

Tigers rookie goaltender, Mads Sogaard picked up his first win in regulation time stopping 22 of the Cougars’ 23 shots while Linus Nassen scored his first goal and Ryan Jevne had his first 2 goal night of the season.

Twenty-eight seconds into the game, Tyler Preziuso set up Nassen who fired a shot in from the point to get his first marker and get the Tabbies going.

Less than two minutes later, Preziuso scored to extend the lead for the home team. Preziuso’s third goal of the season was assisted by Nassen and Ryan Chyzowski.

Midway through the second stanza, Ryan Jevne tapped in his own rebound to score his first of the night and gave the Orange and Black a 3-0 lead.

Less than a minute later, Jevne scored his second of the night on the power play. Nassen and Chyzowski combined on the play.

The Tabbies are now 4-5-0-1 and will host the Kootenay ICE Saturday night at the Canalta Centre. This will be the first NewRock Developments Chuck a Puck night and they’ve partnered with Big Brothers Big Sisters of Medicine Hat & District to be in our Hut 8 Community Corner. The game starts at 7:30 PM.