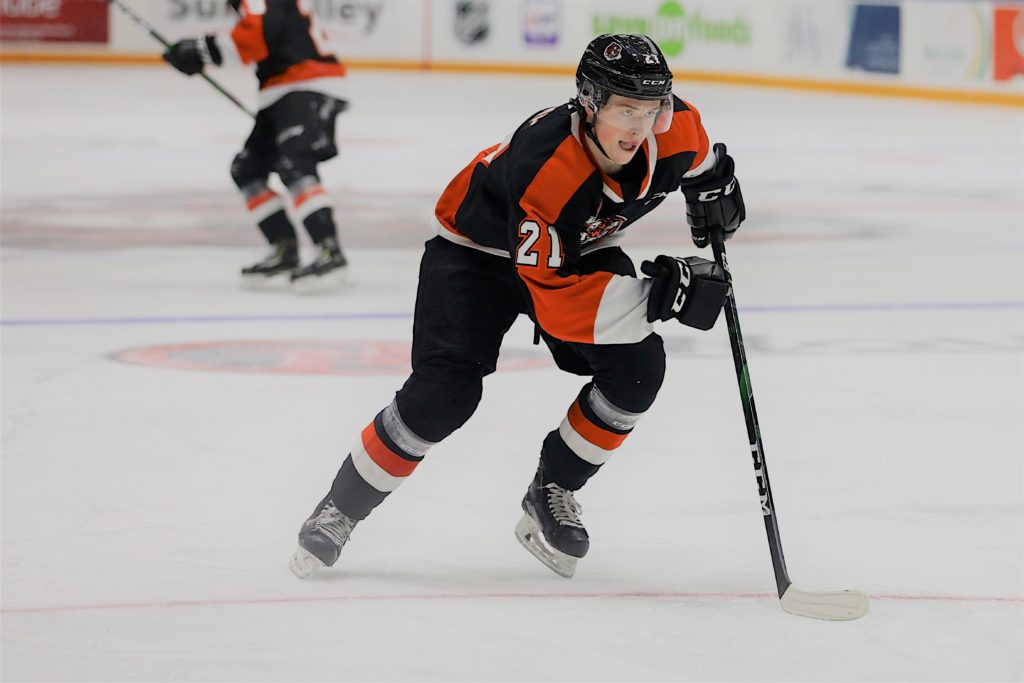 Medicine Hat, AB — The Medicine Hat Tigers defeated the Regina Pats 8-2 on Friday night in the first game of their home and home series this weekend.

Veteran forward Brett Kemp had a four goal game while rookie forward Cole Sillinger added a goal and two assists in his first game back after suffering an upper body injury in late January.

Late in the opening frame, while the Tigers were on their third power play of the night, Sillinger won the puck in the corner and played it to Elijah Brown behind the net. Brown dished it out to Ryan Chyzowski at the side of the net who played it across to Kemp to score his first of the night.

Regina Pats rookie forward Zack Smith struck first in the second stanza scoring just over a minute into the frame. The Orange and Black responded with three goals to take a 4-1 lead in the period.

On the Tabbies’ fourth power play of the night, Kemp scored on a one timer from James Hamblin and Sillinger.

Midway through the period, Sillinger carried the puck up the ice and scored his 19th goal of the season. Lukas Svejkovsky and Chyzowski collected the assists on the play.

With less than a minute remaining, Cyle McNabb combined with Nick McCarry to set up Parker Gavlas to score his fourth goal of the season.

Forty-seven seconds into the final frame, Dylan Plouffe and Sillinger combined to set up Svejkovsky to score his 17th goal of the season.

Less than a minute later while the Pats were on the power play, Logan Nijhoff scored on a turnover to cut the Tigers lead to 5-2.

With five seconds remaining in the game, Jonathan Brinkman set up Baxter Anderson to score his fifth goal of the season and seal the 8-2 victory for the Orange and Black.

The Tigers are now 36-19-2-1 and they will return home to the Canalta Centre to host the Pats for their final meeting of the season. Saturday’s game will be brought to you by A&W and tickets can be purchased at the Canalta Centre Box Office or online.