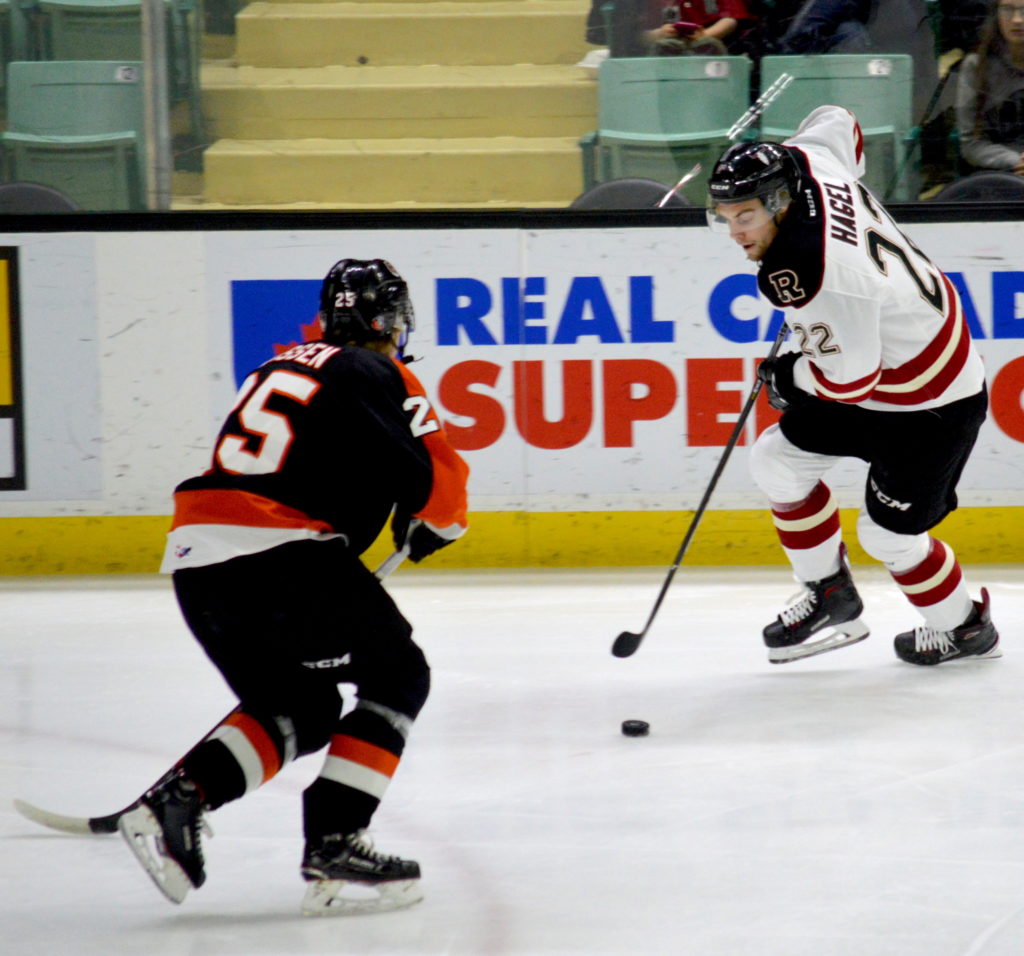 Medicine Hat, AB — The Medicine Hat Tigers’ special teams and great goaltending powered them to a 4-1 victory over the Red Deer Rebels.

The Tigers went 3 for 3 on the man advantage and killed both penalties while goaltender Mads Søgaard stopped 49 of 50 shots faced.

Josh Williams had his first career WHL four-point game scoring twice and picking up two assists. Williams’ performance earned him second star of the night while Søgaard was named the first star.

Late in the period on the man advantage, Linus Nässen passed the puck to James Hamblin who sent it across the crease to Williams to fire the puck in on a one time shot to tied the game up.

Midway through the second stanza, Williams and Nässen set Hamblin up to score on the power play. Hamblin’s 16th goal of the season gave the Tigers a 2-1 lead.

With less than four minutes to play in the frame, the Tigers once again capitalized on the power play. Nässen combined with Ryan Jevne to set Williams up to score his second of the night and his 8th of the season.

The Orange and Black headed to the dressing room after two periods of play leading 3-1.

Rebels’ goaltender Ethan Anders left his net with just over two minutes to play in the final frame while Red Deer was controlling the play in the Tigers end. Williams won possession and passed to Bryan Lockner. Lockner skated the puck into the Rebels’ end and scored to make it 4-1.

The Tigers are now 17-14-1-2 and will return home to host the Kelowna Rockets on Saturday night at the Canalta Centre for their final game before the holiday break. The game starts at 7:30 PM and it is a NewRock Developments Chuck a Puck Night. All proceeds from Chuck a Puck will go to Medicine Hat Adaptive Sport and Recreation.