TIGERS TAKE IT 3-2 IN A SHOOTOUT 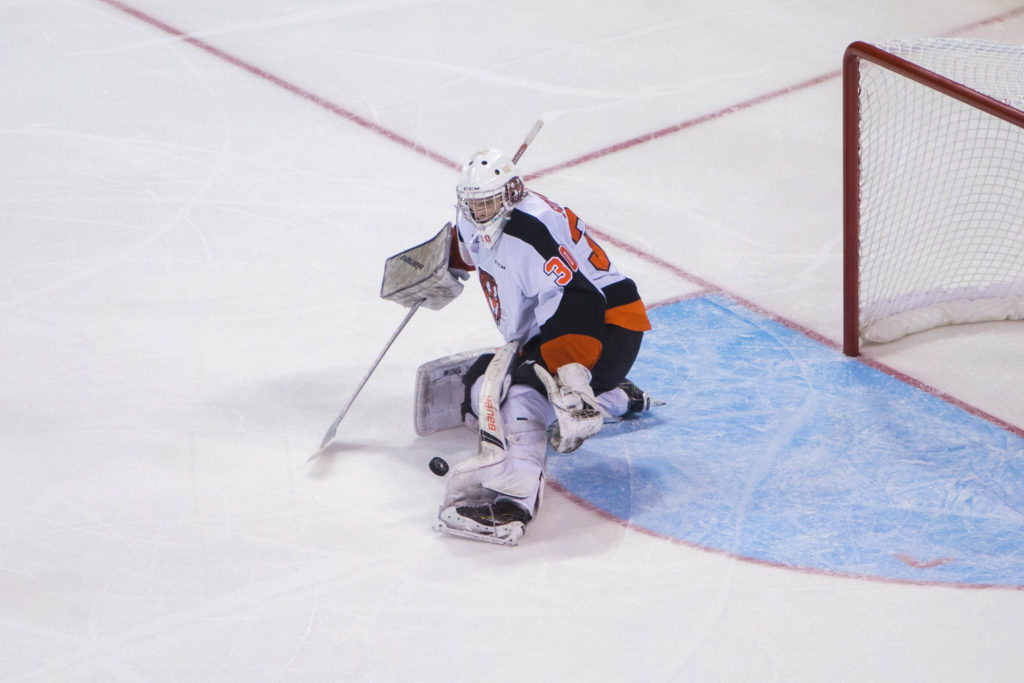 Medicine Hat, AB — The Medicine Hat Tigers triumph in a 3-2 shootout win over the Spokane Chiefs.

Rookie goaltender Mads Sogaard earned his first Career WHL Win by stopping 39 of the 41 shots he faced while veteran forward Josh Williams scored the lone goal in the shootout to win the game.

Early in the first period on a power play, Linus Nassen and Ryan Jevne combined to set up Ryan Chyzowski to score his second goal of the season. Chyzowski beat Spokane netminder Bailey Brkin top shelf.

After the goal, the play was back and forth between the two clubs. Late in the period Chiefs’ Ethan McIndoe scored to send both teams to the dressing tied after 20 minutes of play.

On the Tabbies’ second power play of the night, Bryan Lockner capitalized to make it a 2-1 game. Josh Williams and Elijah Brown picked up the assists on the play.

With 65 seconds remaining in regulation, Riley Woods scored for the Chiefs to send the game into overtime where neither team was able to score.

The Orange and Black are now 2-4-0-1 and will travel to the Toyota Center in Kennewick to do battle with the Tri-City Americans. The game starts at 8:05PM MT.