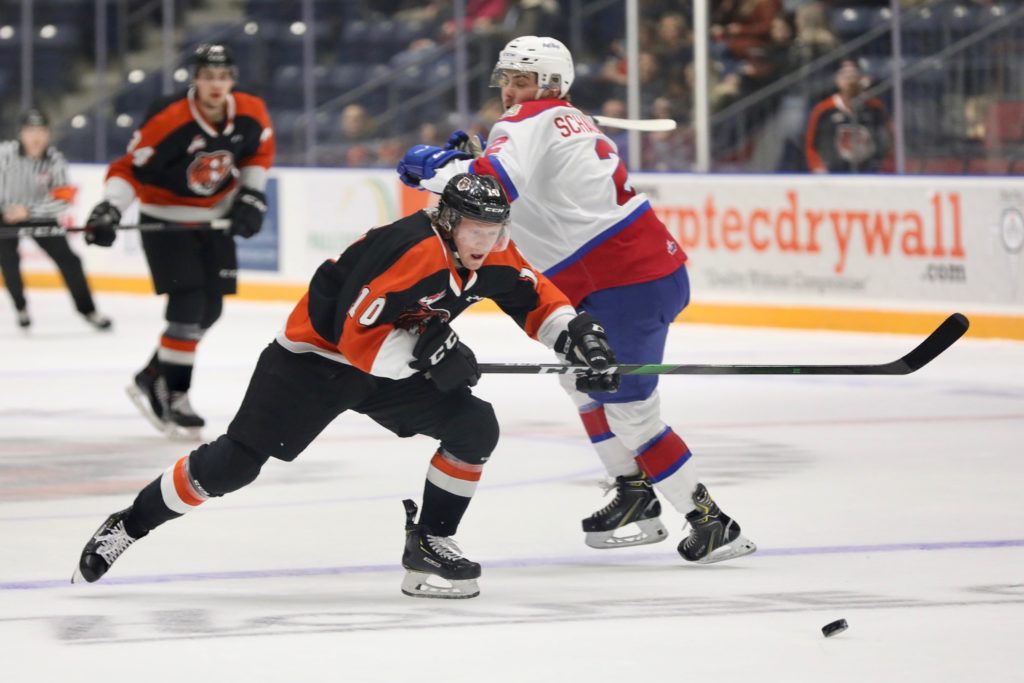 Captain James Hamblin led the way for the Tabbies with a four point performance (2G, 2A) while Corson Hopwo added a pair of goals and an assist in the victory.

With thirty-eight seconds left in the opening period, Tyler Preziuso fed Hamblin the puck and Hamblin split the two Oil Kings defenceman before beating goaltender Todd Scott top corner stick side to make it 1-0 for the home team. Daniel Baker also assisted on the play.

Twenty-one seconds into the middle frame, Eric Van Impe shot the puck on net which Hamblin redirect and Hopwo was there to pick up the rebound in the hash marks. He was patient with the puck before snapping it into the top corner short side to score his first of the night.

Midway through the stanza, the Edmonton Oil Kings scored a power play goal to make it 4-1. Carter Souch was the goal scorer on a play from Josh Williams and Dylan Guenther.

In the final period, Cole Sillinger scored a power play to seal the Tigers’ 5-1 victory. Sillinger’s goal was his seventh of the season and it was assisted by Elijah Brown and Ryan Chyzowski.

Goaltender Mads Søgaard stopped 31 of 32 shots faced for the home team while Scott turned aside 22 of the Tigers’ 27 shots.

The Orange and Black improved their record to 14-6-1-0 and they will host the Brandon Wheat Kings on Tuesday night. After the game, the full team will be available on the main concourse to sign autographs. Tickets can be purchased in person at the Canalta Centre Box Office or online.