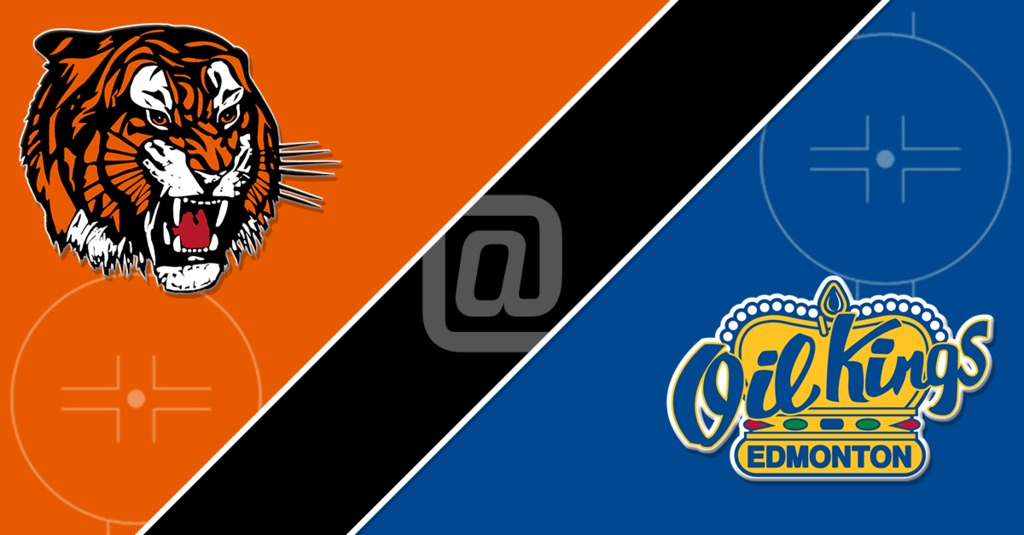 Captain Mark Rassell had a two goal game as Edmonton hosted their annual hockey hooky day where schools were invited for an afternoon of hockey, education and entertainment.

Dylan MacPherson and Dalton Gally combined to set up Rassell to score the first goal of the day.

Trey Fix-Wolansky responded for the Oil Kings to bring the game back to a stalemate.

Before the first period ended, Jaeger White scored his 9th goal of the season by beating Oil Kings goaltender Boston Bilous stick side. Gary Haden picked up the assist on the play.

Tigers headed to the dressing room after 20 minutes leading 2-1.

Oil Kings’ Carter Souch scored on the power play midway through the period to tie the game up at 2 apiece.

A few minutes later, Tyler Preziuso and Ryan Chyzowski combined to set up linemate Ryan Jevne to regain the lead for the Orange and Black. Jevne’s 18th goal of the season is also his 6th goal in the Tigers’ last 7 games.

Less than a minute later Rassell scored the insurance goal on a play from MacPherson. MacPherson’s second assist of the day makes this his third two point game of this season.

Early in the final frame, Elijah Brown and Hayden Ostir combined to set up Josh Williams on the power play to seal the Tigers win 5-2.

The Tigers are now 32-24-8-0 and will return home to play the Red Deer Rebels Saturday night as part of the WHL Suits Up with Don Cherry to Promote Organ Donation Presented by RE/MAX.