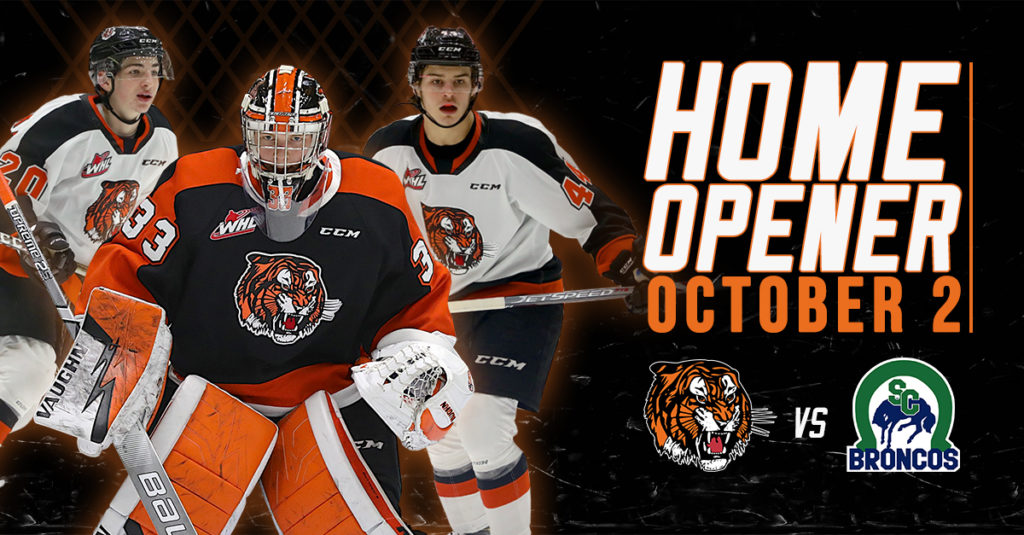 Medicine Hat, AB — The Medicine Hat Tigers are excited to announce that they will kick off the 2021/2022 WHL season on October 1st in Swift Current, they will then return home on October 2nd to close the home and home series with the Broncos for the Tigers home opener on October 2nd, with the puck drop scheduled for 7pm.

The Western Hockey League announced on Tuesday that with the anticipated lifting of health restrictions in all jurisdictions the 2021-22 season will call for a 68-game schedule with full capacity in a fan-friendly and safe environment. There will not be any interlocking games between the Eastern and Western conferences for the balance of the 21-22 regular season, meaning the Tigers will only play games against teams in Alberta, Saskatchewan and Manitoba.

Current Tigers Season Ticket Holders will be contacted very shortly for renewals and sales to the general public will start to happen in August.

The complete schedule including the pre-season will be announced later in June.