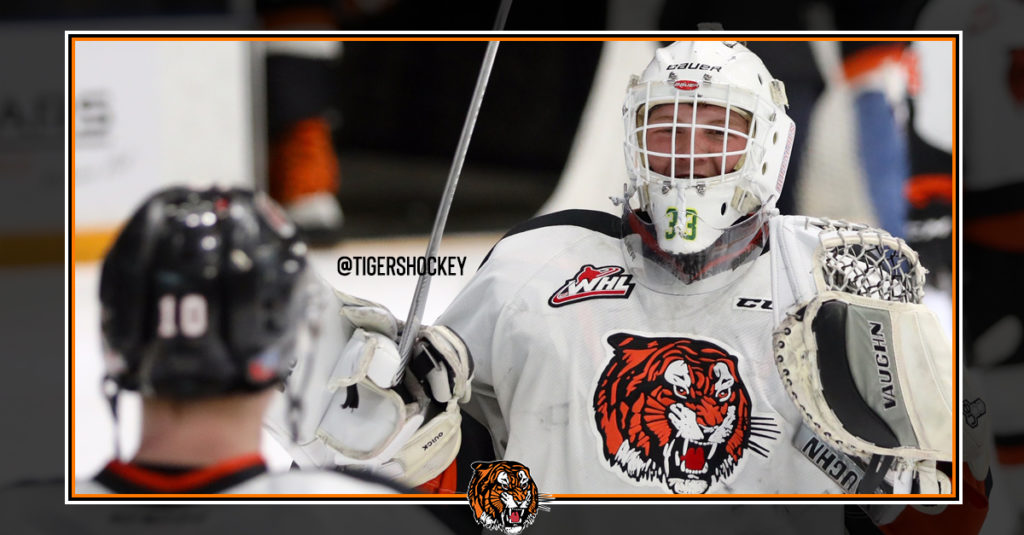 Hamblin scored early into the game to give the team a 1-0 lead. Hamblin’s first goal of the night was assisted by Chyzowski and Bryan Lockner.

Royals rookie forward Ty Yoder scored midway through the second stanza to tie the game up 1-1.

Shortly after Yoder’s goal, Linus Nässén and Chyzowski combined on the power play to set up Hamblin to score a beautiful goal and regain the lead. Hamblin’s second goal of the night was his 21st goal of this season.

Early into the final frame, Yoder scored his second of the night to once again tie the game up 2-2.

Just over three minutes later, Chyzowski pressured on the forecheck and forced a turnover in the Royals’ end. He fired the puck into the net scoring his 13th goal of the season and making it a 3-2 hockey game.

With less than two minutes to play in regulation, Royals’ goaltender Griffin Outhouse left the net in hopes that an extra attacker would help the Royals tie the game.

Jevne won possession of the puck in the neutral zone and skated into the Royals’ end before finding the back of the net to seal the 4-2 victory with 18 seconds left to play. Jevne’s 18th goal of the season was assisted by Tyler Preziuso and Daniel Baker.

The Orange and Black are now 19-15-1-2 and will pay a visit to the Enmax Centre to battle the Lethbridge Hurricanes on Sunday. The game will start at 6:00 p.m.