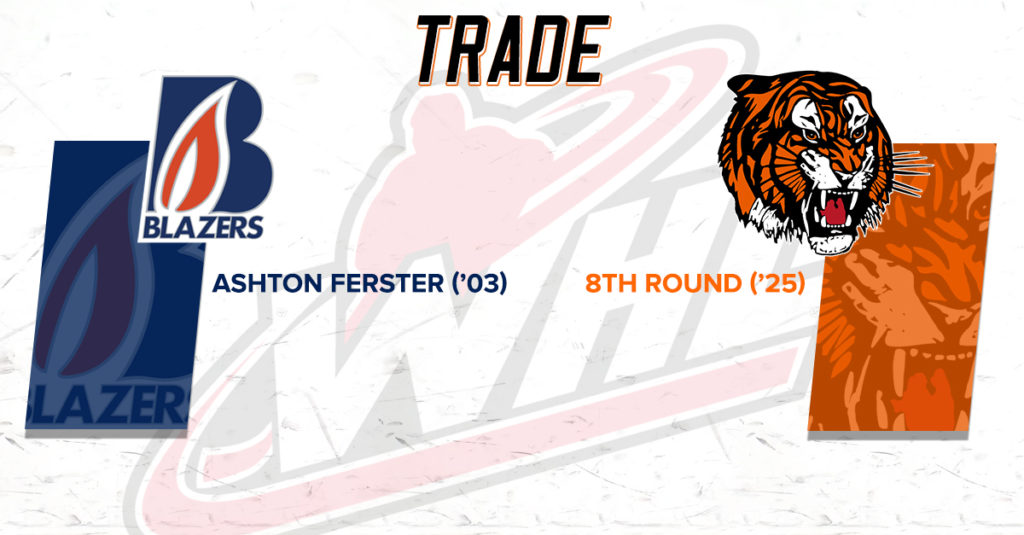 Medicine Hat, AB – The Medicine Hat Tigers announced today that they have traded forward Ashton Ferster (’03) to the Kamloops Blazers in exchange for an eighth-round selection in the 2025 WHL Prospects Draft.

Ferster was drafted by the Tigers in the fourth round with the 77th pick in the 2018 WHL Prospects Draft. The Shellbrook, SK native spent parts of two seasons with the Tigers, playing in 76 games, scoring nine goals and 10 assists for 19 points.

“We want to thank Ashton and his family, he was a great Tiger and really good character guy, said Tigers Head Coach and General Manager Willie Desjardins. “We wish him all the best moving forward”.

The Tigers will finish up the preseason with a home-and-home with the Swift Current Broncos. Medicine Hat will be in Swift Current on Sept. 16 before returning home to Co-op Place on Sept. 17. Puck drop for Saturday’s home game will go at 7 p.m.