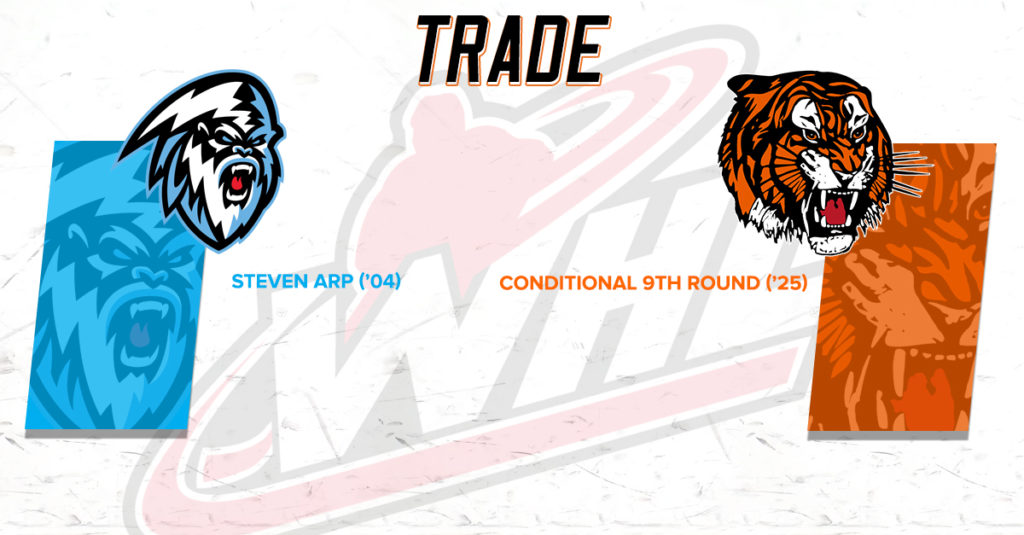 Arp, 18, was originally undrafted in the WHL Prospects Draft, but signed by the Tigers in September, 2021. The Swan River, MB product appeared in 50 games with the Tigers during the 2021-2022 season totalling nine points (three goals, six assists) along with 24 penalty minutes.

Tigers Head Coach & General Manager Willie Desjardins says that the Tigers will miss Steven’s contributions to the organization. “We’d like to thank Steve and his family for all that he brought to us as a member of the team, on and off the ice he was a great Tiger and we wish him all the best in Winnipeg.”

The Tigers will continue to finalize their roster ahead of this weekend’s Season Opener on Saturday night against the Lethbridge Hurricanes. Puck-drop is set for 7 PM. Tickets are available on tixx.ca.