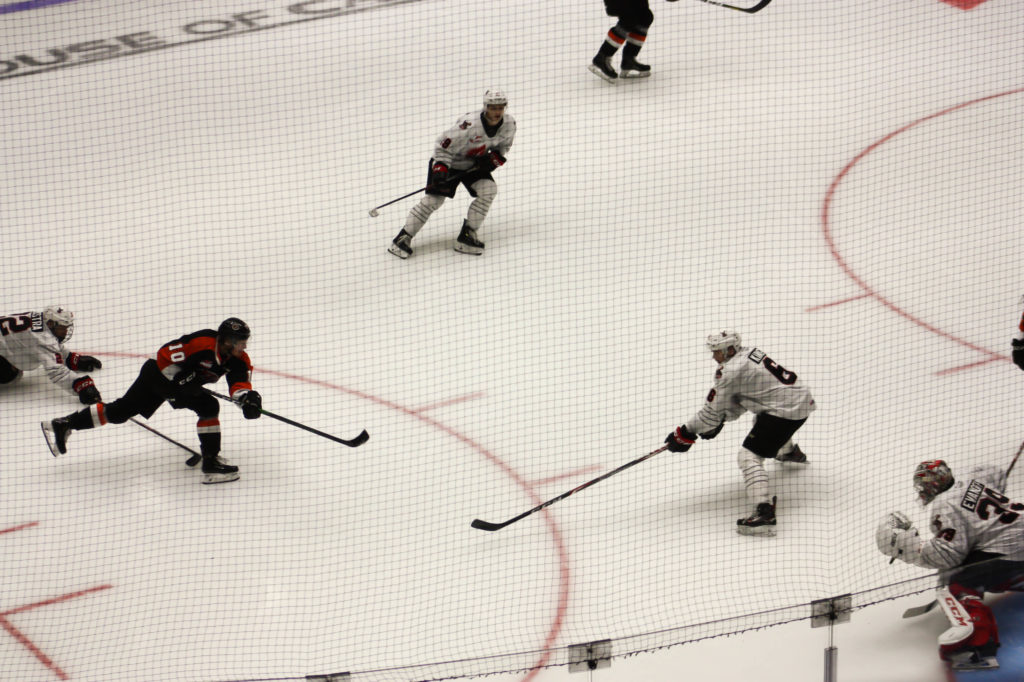 Captain James Hamblin and veteran defenceman Trevor Longo each had a two point night in the contest. Hamblin scored the game winning goal while Longo picked up a pair of assists.

Late in the frame, Nick McCarry scored on a rebound to make it 1-1 at the end of the first period. Noah Danielson and Longo assisted on McCarry’s fifth goal of the season.

In the second stanza, the Tabbies scored a pair of goals to win the game. Early into the frame, Hamblin scored the game winner on a play from Longo. It was Hamblin’s 15th goal of the season.

Less than two minutes later, Tyler Preziuso lit the lamp for his eighth goal of the season. Cole Clayton and Hamblin combined on the play.

Rookie goaltender Garin Bjorklund stopped 23 of 24 shots faced in the contest while Moose Jaw’s Adam Evanoff turned aside 41 of the Tigers’ 44 shots.

The Orange and Black are now 15-7-1-0 and they will host the 16-4-3-1 Prince Albert Raiders Saturday night at the Canalta Centre. It will be a NewRock Developments Chuck a Puck night in support of Big Brothers Big Sisters. The game starts at 7:30 PM and tickets can be purchased in person at the Canalta Centre Box Office or online.