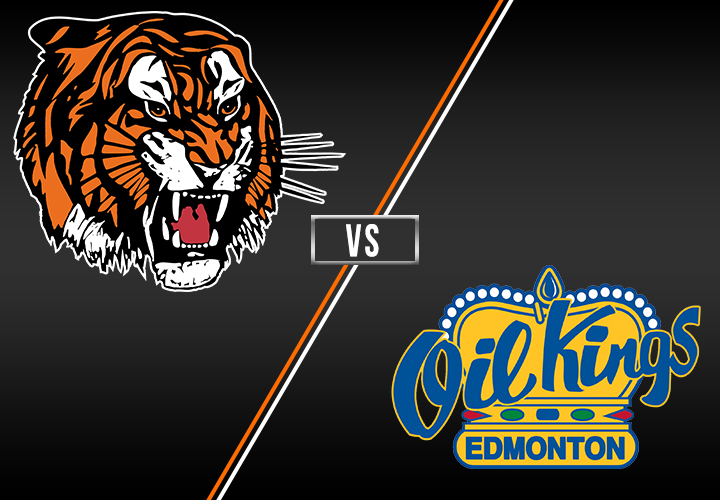 Despite firing 38 shots on net, the Tigers were unable to score on Oil Kings’ goaltender Dylan Myskiw.

The Oil Kings scored three goals in under five minutes to open the game. Scott Atkinson, Andrew Fyten and Vladimir Alistrov opened the scoring for the home team.

After a scoreless second period, Quinn Benjafield scored on Edmonton’s power play before Vince Loschiavo scored a late goal to make it 5-0 for the Oil Kings.

Rookie netminder Mads Søgaard turned aside 26 of 31 shots faced in the contest.

The Orange and Black are now 31-22-3-2 and they will play a home and home series against the Lethbridge Hurricanes this upcoming weekend. Friday the Tabbies will travel to Lethbridge to pay a visit to the Enmax Centre before returning home Saturday to host the Hurricanes at the Canalta Centre. Saturday’s game will be brought to you by the Home Depot and HALO Rescue Group will be in the Hut 8 Community Corner. The game will start at 7:30 PM.