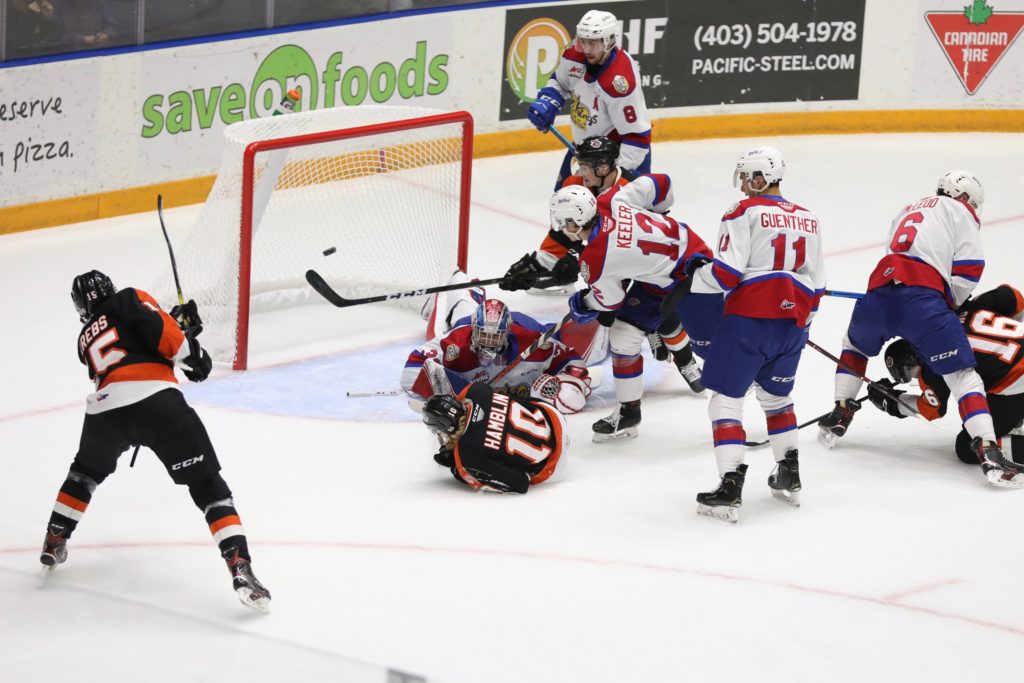 Medicine Hat, AB — The Medicine Hat Tigers were defeated 7-1 by the Edmonton Oil Kings in their last game before their holiday break.

The Oil Kings came out with a fury and scored three quick goals to take a 3-0 lead to start the game. Dylan Guenter, Matthew Robertson and Scott Atkinson all scored on breakaway opportunities for the visitors.

Midway through the first frame, while there was a scramble in front of the net, rookie defenceman Dru Krebs collected the loose puck and fired it into the net to score his third goal of the season and get the Tigers on the scoresheet. James Hamblin and Corson Hopwo collected assists on the play.

In the second period, Atkinson deflected the puck into the net to score his second goal of the night and extend Edmonton’s lead to 4-1.

In the final frame, Josh Williams scored a pair of goals before Carter Souch scored on the power play to make it 7-1 for the Oil Kings.

Rookie goaltender Garin Bjorklund stopped 24 of 31 shots faced in the contest while Oil Kings’ Sebastian Cossa turned aside 28 of the Tigers’ 29 shots.

The Tigers are now 22-10-1-0 and they will be back in action December 27th when they travel to Swift Current to take on the Broncos.