TIGERS EDGE OIL KINGS 3-2 IN SO 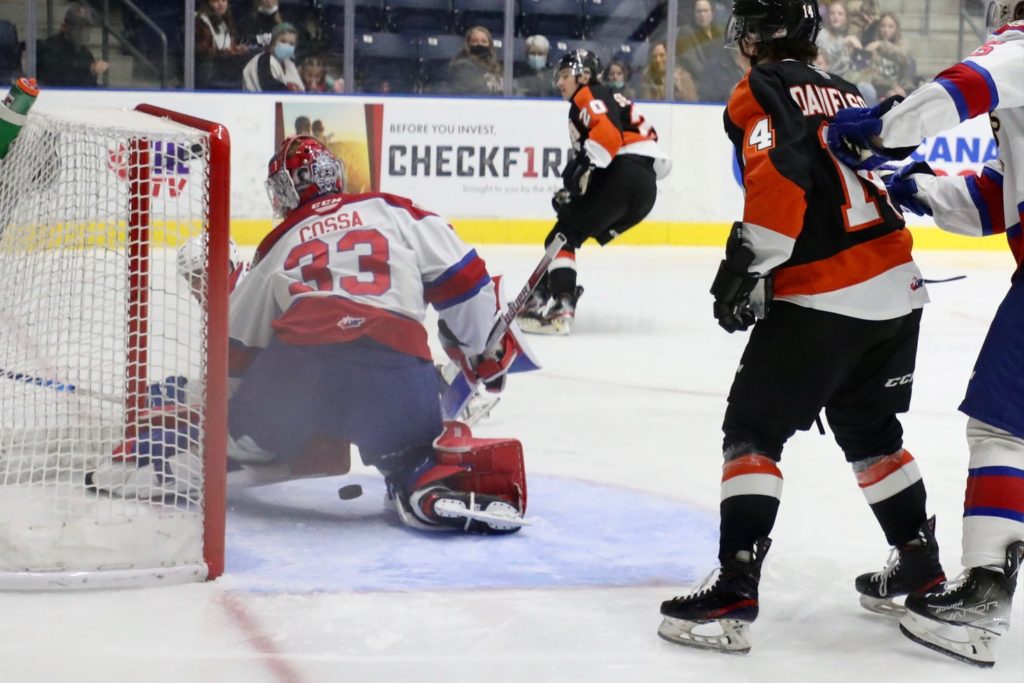 The Medicine Hat Tigers and the Edmonton Oil Kings renewed their rivalry in the first of eight meetings this season on Saturday night at Co-op Place in Medicine Hat.

Lukas Svejkovsky got the crowd cheering early in the first period with his league leading 6th goal of the season. He came around the net and got the puck on the right side and fired it past the diving Oil Kings netminder. Bogdans Hodass and Corson Hopwo got on the scoresheet with the assists on the opening goal. The Oil Kings were able to even things up midway through the period when Shea Van Olm scored his first of the season from Kobe Verbicky and Jakub Demek.

Both teams had chances in the second period but Garin Bjorklund and Sebastian Cossa stood tall in net for their respective teams. The Oil Kings held a slight lead in shots in the frame 12 to 10. Both teams had opportunities with the man advantage but the penalty kill squads were able to keep the game evened up at 1-1 going into the third.

The Oil Kings jumped out to their first lead 8:03 into the third period. John Szabo put home his first of the season from Shea Van Olm. Edmonton held the lead until late in the third when Daniel Baker ripped home his first of the season unassisted. The Oil Kings had a power play late but the Tigers’ penalty kill was able to secure the point and send the game to overtime.

Both teams had a couple of chances in overtime but the goalies made some key saves to send the game to the shootout.

In the shootout, Lukas Svejkovsky continued his hot streak scoring the only goal in six attempts to give the Tigers their first win of the season on home ice.

Garin Bjorklund had a phenomenal game in net for the Tigers turning away 35 of 37 shots. The win was his first of the season and 33rd of his career.

The Tigers’ next game is Friday, October 15th when the Tigers travel to Saskatoon to take on the Blades at the SaskTel Centre. Game time is 7:00 (MST) and can be heard live on CHAT 94.5 FM at tigershockey.com or watched via webcast at watch.chl.ca.