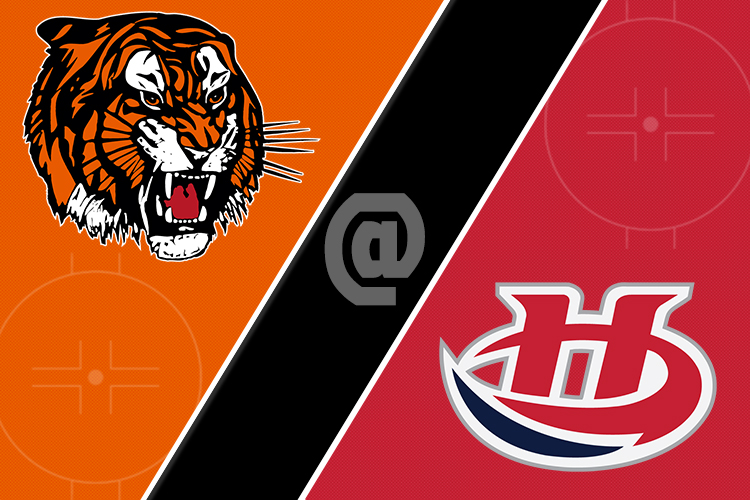 Brady Pouteau would get the Hurricanes on the board first with a power-play marker 1:30 into the 1st period. Medicine Hat would look to answer back with a flurry of chances, but Stuart Skinner would stand his ground though as he turned away all 17 shots to hold on to the one goal lead after one. Rookie goaltender Garin Bjorklund would make 6 of 7 saves in the first period, turning away 19/2o shots in his first 31:18 of Western League action.

The Tigers would keep the pressure on the Hurricanes looking for an equalizer. Josh Williams would tie the game up at one, after finishing off a nice passing play from Kristians Rubins and Tyler Preziuso at 11:18 in the 2nd period. Lethbridge would find their way into some penalty trouble half way through the period as Alex Cotton would get called for a slash, then just seconds after that Drew Englot would get caught for cross checking, putting the tabbies on a 5 on 3 powerplay. On the ensuing two man advantage, Josh Williams would waste little time has he would notch his second of the game, with the assists going to two more Tiger rookies, Dawson Heathcote and Henry Rybinski. Duncan McGovern would make his 1st appearance of the 2017-18 preseason turning away 19 of 20 shots.

In the final frame, the Tigers would extend their lead, by finding the back of the net twice more. First, it would Daniel Baker who would get one by Stuart Skinner, then Corso Hopwo would seal the deal with just 5:30 left to play in the third. Henry Rybinski would get an assist on both goals as he finished the night with 3 helpers. Giorgio Estephan would add one late for the Hurricanes but it would be too little too late as the Tigers come away from Lethbridge with a 4-2 victory.

The two teams will be back at it tomorrow night as they head to Taber to play in what will be the only Tigers ‘home game’ this preseason. Tickets are still available for tomorrows game at the Health Connection, Top Wand Car and Truck Wash, Rowland Seeds or at tmhatickets@gmail.com