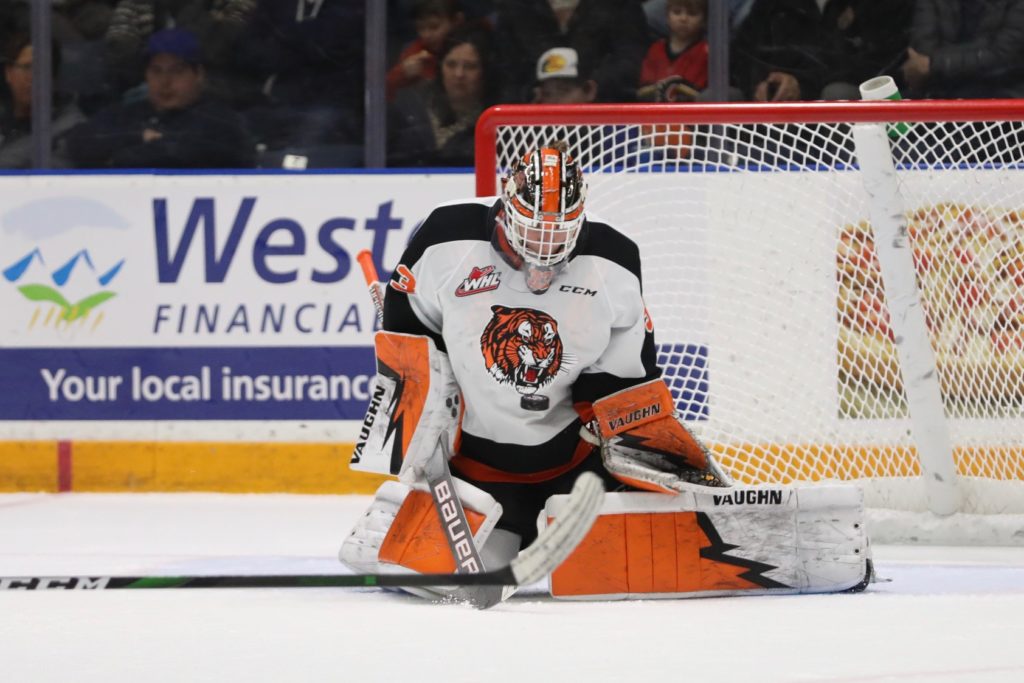 Ryan Chyzowski had a two goal night, including the game winning goal less than two minutes into extra time. The Tigers’ special teams were responsible for three of their four goals including a shorthanded goal from Chyzowski.

The Rebels opened the scoring with just over seven minutes remaining in the first period. Josh Tarzwell sneaked the puck past Tigers netminder Garin Bjorklund to give the visitors a 1-0 lead.

Their lead was shortlived as the Tabbies responded on their first power play opportunity of the night nearly two and a half minutes later. Elijah Brown scored on a rebound to bring the game back to a 1-1 stalemate. Brett Kemp and James Hamblin collected the assists on Brown’s 10th goal of the season.

With 12 seconds remaining while the Tigers were on the penalty kill, Chyzowski scored on a wrap around to take the 2-1 lead for the home team. Chyzowski’s first goal of the night was assisted by Kemp.

In the second stanza, Joel Sexsmith scored for the Rebels to tied the game up 2-2 but late in the period on the Tabbies’ third power play of the night Cole Sillinger scored to regain the lead. Brown and Kemp combined on Sillinger’s 22nd goal of the season.

In the final frame, the Rebels’ leading scorer Arshdeep Bains scored to send the game into extra time.

Chyzowski scored the game winning goal in overtime on a play from Lukas Svejkovsky. It was Chyzowski’s 34th goal of the season.

The Orange and Black are 41-19-2-1 and they play a home and home series with the Swift Current Broncos this weekend. Friday the Tabbies travel to Swift Current before returning home to host the Broncos Saturday. Saturday’s game will be play by play announcer Bob Ridley’s 4,000th Tigers game called. Chat 94.5 FM and the Medicine Hat Tigers plan on celebrating Ridley throughout the game. Tickets for the game can be purchased at the Canalta Centre Box Office or online.