TIGERS WIN 5-4 IN A SHOOTOUT OVER RAIDERS 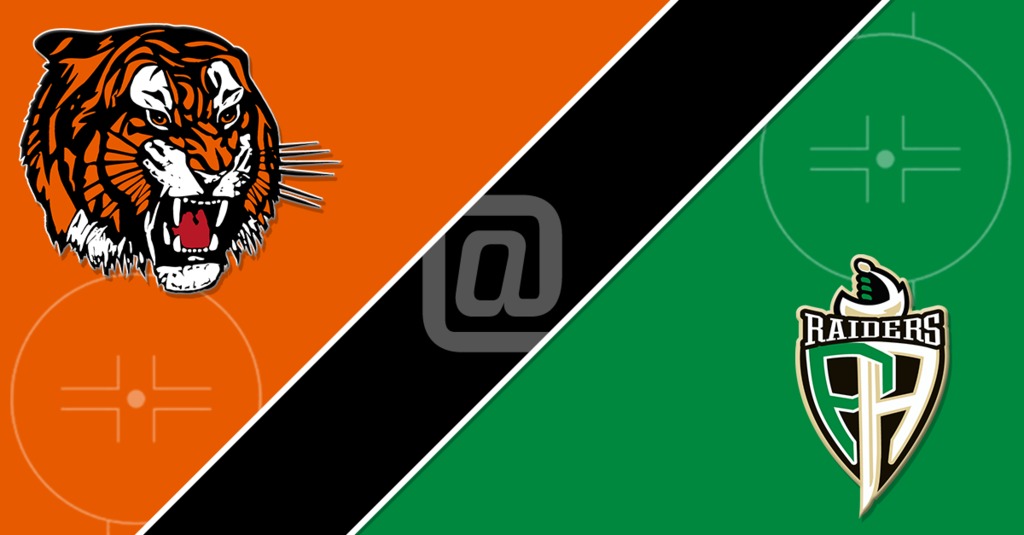 The Medicine Hat Tigers exacted some vengeance against the Prince Albert Raiders on Wednesday at the Art Hauser Centre.

Mark Rassell and Max Gerlach scored the lone goals in the shootout to seal a 5-4 victory and lock up Medicine Hat’s first win over Prince Albert this season after dropping the first two games of their season series.

While Raiders goaltender Ian Scott kept Medicine Hat’s offence at bay for the majority of the opening period, Ryan Jevne broke through his defences in the dying minutes of the frame. With Ryan Chyzowski breaking down the right wing, Jevne cut to the net and finished off a cross-crease pass for his 10th of the season. It was Medicine Hat’s first opening goal since Nov. 24 — also scored by Jevne in a 6-3 loss to the Kamloops Blazers.

Prince Albert amped up the pressure early in the second and worked their way onto the power play after drawing a hooking penalty on David Quenneville, but Tigers goaltender Jordan Hollett — who returned from a neck injury Wednesday after taking a knee to the head on Dec. 1 — put the paddle down and allowed the Tigers to gain a handle on the momentum.

But the Raiders finally found their window when Gerlach put a puck over the glass for a delay of game penalty. Jordy Stallard converted on the chance after receiving a cross-ice pass from Cole Fonstad and ripping the ensuing shot over Hollett’s blocker.

While Tigers forward Hayden Ostir drew a penalty shot immediately following the tying goal, he was denied on the attempt after trying to beat Scott with a glove-side wrist shot.

The Raiders appeared to gain an edge when Curtis Miske beat Hollett on a 2-on-1 chance a few minutes later, but the whistle had blown just prior to the goal due to Jevne dropping the mitts with Raiders defenceman Brayden Pachal.

Pachal made an enemy out of the Tigers when he was suspended for slashing Gerlach in the face on Oct. 7 at the Canalta Centre. Gerlach lost one tooth, missed six games and required extensive dental work as a result of the slash.

Tigers captain Mark Rassell put his squad back out in front with five minutes left in the middle frame by knocking a rebound past Scott, but the Raiders pushed right back two minutes later.

Stallard was credited with his second of the night and 21st of the year after jumping on a loose puck in the slot and beating Hollett on the backhand, then Vojtech Budik struck with 23 seconds left on the clock to take over the lead after 40 minutes.

The Tigers regained the energy early in the third when Quenneville ripped his 10th goal of the season through Scott with a hard slap shot from the point. Rassell continued the pressure five minutes later with his second rebound of the night, finishing off a chance started by Jaeger White by chipping a puck over a sprawled out Scott for his team-leading 27th of the year.

While Eric Pearce deflected a puck past Hollett to force overtime with just over six minutes left in regulation, Hollett shut the door in sudden death and the Tigers escaped to victory on the heels of Gerlach’s shootout winner. It was Medicine Hat’s first shootout of the season.

The Tigers continue their four-game East Division road trip Friday in Brandon against the Wheat Kings. Puck drop is slated for 6:30 p.m.