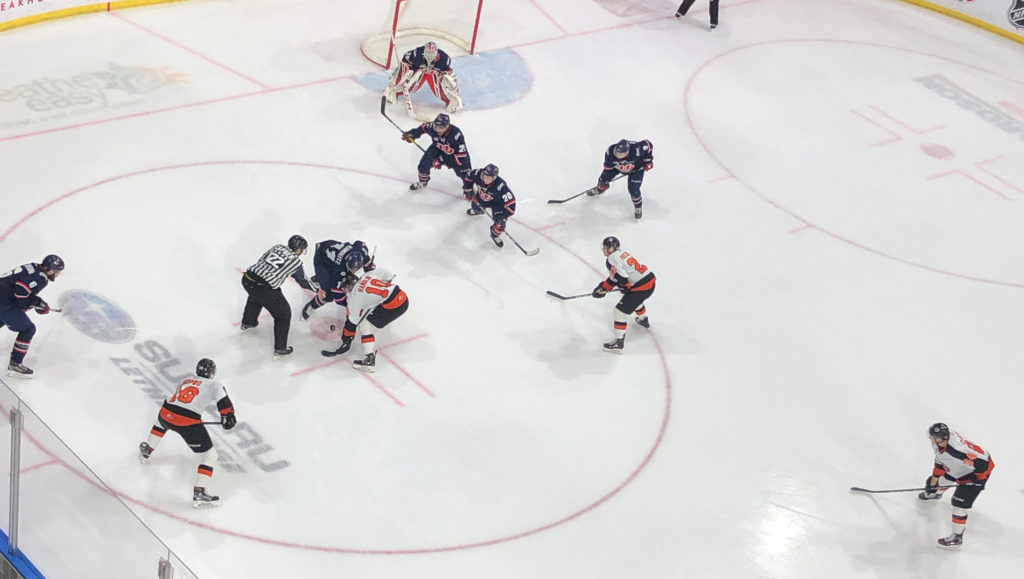 Medicine Hat, AB — The Medicine Hat Tigers came back to win their sixth straight game 4-3 in a shootout against rivals the Lethbridge Hurricanes.

For the 47th time in the Tigers’ 50 year franchise history, the team has won 20+ games this season and they are the first WHL team to reach the 20 win mark this season.

Elijah Brown had a two point night (1G, 1A) extending his point streak to nine points (2G, 7A) in his last five games played. Veteran forward Cyle McNabb scored his first goal in Orange and Black after being acquired by the Tabbies last week. Tonight’s game was McNabb’s fourth with the Tigers.

Three minutes into the second stanza while the Tigers were on the power play, Cole Sillinger collected a rebound and buried it into the top corner to get the Tabbies on the board. James Hamblin and Brown assisted on Sillinger’s 11th goal of the season.

Shortly after the Tigers’ power play goal, Okuliar scored his second of the night on the power play to make it 3-1 for Lethbridge.

With just over five minutes left in the period, Ryan Chyzowski was giving a 10-minute misconduct and a game misconduct. Despite losing Chyzowski, the Tigers continued to be tenacious and late in the frame, McNabb scored his first goal as a Tiger and third of the season after Noah Danielson dished him the puck while he was wide open in front of the net. Dru Krebs also assisted on the play

Fourteen seconds after McNabb’s goal, Brown redirected the puck into the net on the power play to tie the game up 3-3. Sillinger and Nick McCarry assisted on Brown’s fifth goal of the season.

Play was coast to coast in the final frame but neither team was able to score to win in regulation. After battling back and forth in overtime, the game went to a shootout where the Tigers won after both James Hamblin and Brett Kemp scored. Rookie goaltender Garin Bjorklund stopped two of the Hurricanes three shooters in the shootout and 33 of 36 shots faced during the game. Hurricanes’ goaltender Carl Tetachuk stopped 35 of the Tigers’ 38 shots in the contest.

The Orange and Black are now 20-7-1-0 and they will return home to host the Everett Silvertips on Saturday night at the Canalta Centre. The game is brought to you by the Home Depot Canada and Special Olympics Alberta – Medicine Hat will be in the CF Industries Community Corner. Tickets for the game can be purchased in person at the Canalta Centre Box Office or online.