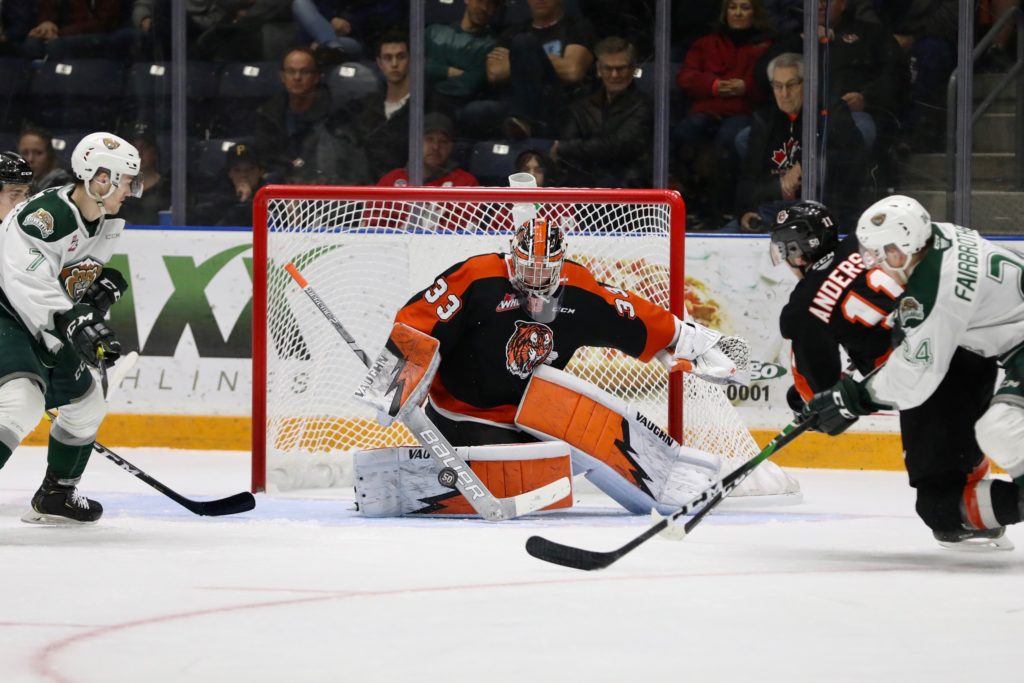 Medicine Hat, AB — The Medicine Hat Tigers six game winning streak was snapped on Saturday night when they were blanked 5-0 by the Everett Silvertips.

Silvertips goaltender Dustin Wolf shut the door on the Tabbies stopping all 41 shots throughout the contest.

In the second stanza, Everett added another pair of goals this time from defenceman Ronan Seeley and 2018 Montreal Canadiens draft pick Cole Fonstad to extend their lead.

Early in the final frame, Christiansen scored his second of the night to make it 5-0 for the visitors.

The Tigers are now 20-8-1-0 and they will travel to Saskatoon on Tuesday to play the Blades before stopping in Prince Albert Wednesday to battle the Raiders.