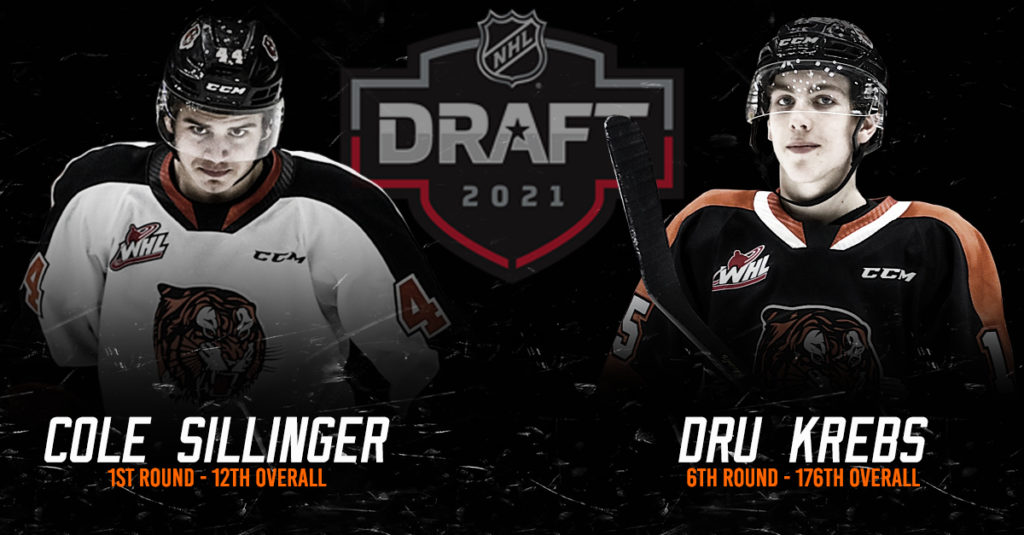 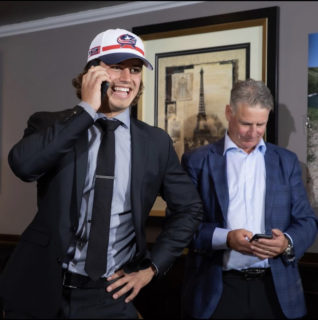 After an outstanding rookie year in the Western Hockey League, scoring 22 goals and adding 31 assists in 48 games. Sillinger played the 2020-2021 season in Sioux Falls on loan from the Tigers to the Stampede, where he went on to tally 24 goals and 22 assists in only 31 games, claiming the USHL’s Rookie of the Year Award.

Then on Saturday Dru Krebs was selected by the Washington Capitals in the 6th round, 176th overall. The 6′ tall Okotoks, Alberta product showed he has what it takes to be a top tier defender in the Western Hockey League during the COVID Shortened 2020-2021 season, when he was often matched up against the Central Divisions top forwards. Krebs registered 11 assists during the season, showing great vision and a knack for finding open players setting up scoring opportunities. The 18 year old blue liner has notched 24 points in 78 career games for the Orange and Black, with a career +5 rating.

Both Sillinger and Krebs were selected by the Tigers in the 2018 WHL Bantam Draft with Sillinger being the teams 1st round selection and Krebs being selected in the 2nd round. 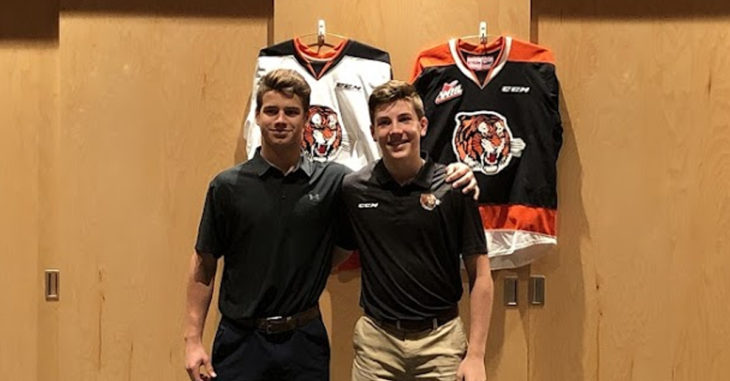