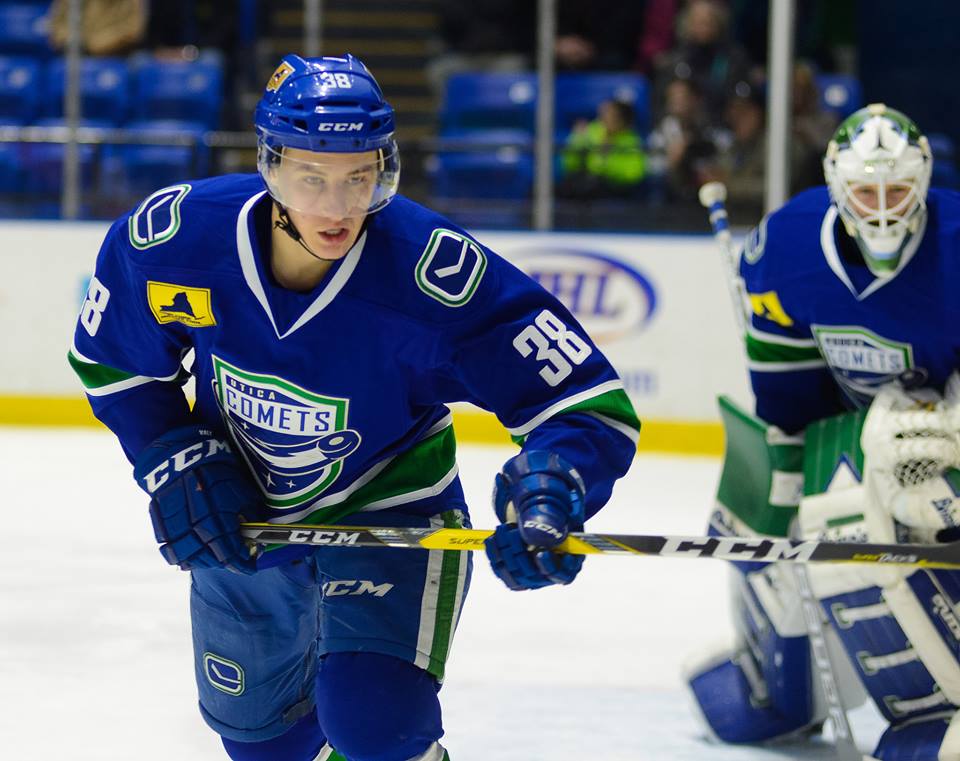 Medicine Hat, AB — The Florida Panthers and forward Curtis Valk have agreed to terms on a one-year, entry-level contract on Saturday July 2nd.

Valk played 4 season with the Tigers spanning 2010-11 to 2013-14 and was Captain for the final 2 seasons as a Tiger. Valk was a two time WHL All-Star and recorded back to back seasons of 91 and 92 points leading the Tigers to the Eastern Conference Finals in 2013-14.

Since graduating from the Tigers Valk has played in the ECHL with Kalamazoo and in the AHL with Utica, both are affiliates for the Vancouver Canucks. In 88 AHL games so far in his career Valk has 18 goals and 34 assists for 52 points.