WATCH TIGERS AT U18 CHAMPIONSHIPS ON TSN 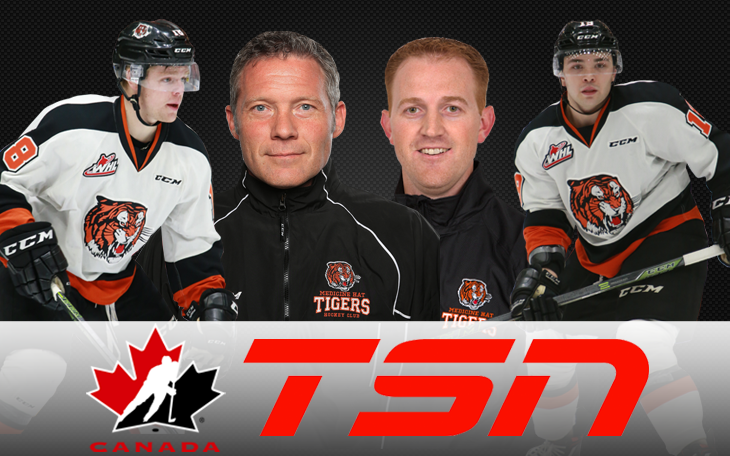 Canada went 1-1 in preliminary action with a 7-1 victory over the Czech Republic and then took a tough 4-3 defeat to Sweden a couple days later. Shaw and Quenneville scored in both games, with Mason picking up a helper along the way.

The Clouston run squad will open the tournament on Friday April 15th when they take on Team Denmark.

Tiger fans can get their share of hockey by watching Mason and David on TSN throughout the entire tournament!

Here are the times and channels for the first two games!