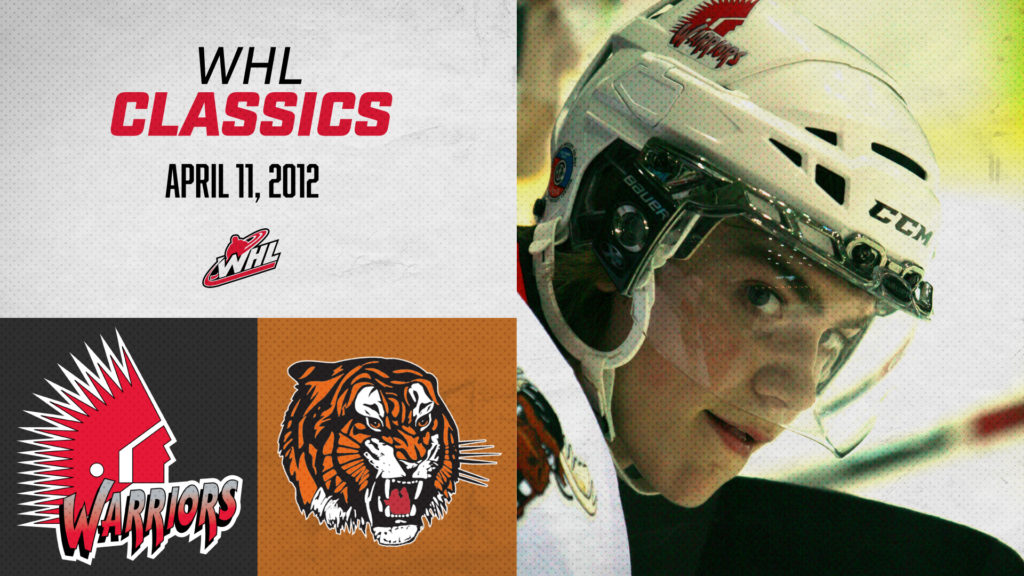 By the end of the day, both the Warriors and Edmonton Oil Kings could secure their place in the 2012 Eastern Conference Championship. The Tigers and Brandon Wheat Kings will attempt to thwart those plans however, with both Clubs looking to avoid sweeps on home ice.

From the perspective of the Warriors, alternate captain Quinton Howden leads the team with 13 points (5G-8A) while teammate James Henry is one point behind with 12 points (3G-9A) to his own credit. Of their eight games to date in the 2012 WHL Playoffs, import forward Eric Arnold has contributed a point in all but two of the games. That included the game-winning goal in Game 3.

While he doesn’t factor into the team’s top five scorers at the moment, there’s no discounting the effort put forth by 16-year-old Brayden Point. The 14th-overall selection scored a pair of game-winning goals against the Regina Pats in the opening round and has two points (1G-1A) in the series against the Tigers.

Countering for the Tigers, Emerson Etem has once again provided a strong offensive presence for them. After tallying 107 points (61G-46A) to mark career-high totals in all three offensive categories, Etem has added 12 points (7G-5A) in the 2012 WHL Playoffs to lead his Club once more. Hunter Shinkaruk has contributed 10 points (2G-8A) to rank second in team scoring, providing another scoring option for the home side. Curtis Valk has tallied nine points (6G-3A) to rank third in scoring.

Another player that could provide a boost to the home side is James Bettauer. After coming over from the Prince Albert Raiders, Bettauer found his scoring touch with the Tigers. He’s continued that success into the WHL Playoffs with four points (2G-2A) to date and will be looked to in tonight’s battle.

Between the pipes, Luke Siemens will guard the crease for the Warriors while Tyler Bunz protects the net for the Tigers.

The puck drops at 7 p.m. MT for WHL Classics action!