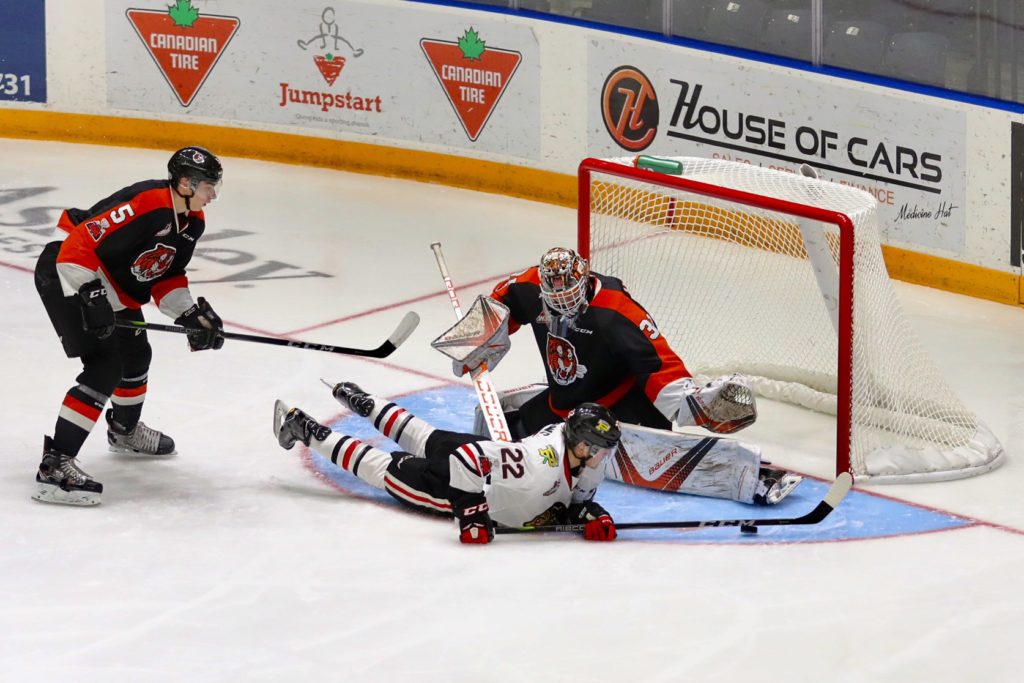 Jordan Hollett gave the Medicine Hat Tigers everything they needed on Wednesday night at the Canalta Centre, but the Portland Winterhawks made sure it didn’t matter.

Hollet turned aside 33 shots to keep his team in the contest against the U.S. Division leading Winterhawks, but the Tigers were unable to find an equalizer on Portland goaltender Cole Kehler and settled for a 5-2 loss.

The Winterhawks boast the Western Hockey League’s second-best power play unit with a 33.3 per cent rate of success, and they put it on display early in the first. Portland’s leading point-getter, Cody Glass, was credited with his 18th of the season after ripping a shot past Hollett with Dylan MacPherson in the box for hooking.

While Medicine Hat answered in a hurry when Gary Haden finished off a loose puck in the Portland crease two minutes later, the Winterhawks re-established a lead at the end of 20 minutes thanks to Jack Gricius’ fourth of the year.

Hollett kept the Tigers in the contest with 12 stops in the middle frame — including a handful off highlight reel save on odd-man rushes. The performance opened the door for Max Gerlach to tie up the game on the power play with two minutes left in the period. The 19-year-old Texan deflected a David Quenneville point shot past Portland netminder Cole Kehler to steal away the momentum and carry it into the intermission.

But the Winterhawks regained the lead just over a minute into the third when Joachim Blichfeld pickpocketed a Tigers defender and immediately fired a shot through Hollett for his own 10th of the year.

While the Tabbies pressured for an equalizer, throwing eight pucks at Kehler in the final frame, Glass and Mason Mannek iced the game with a pair of empty netters to hand Medicine Hat their third straight loss.