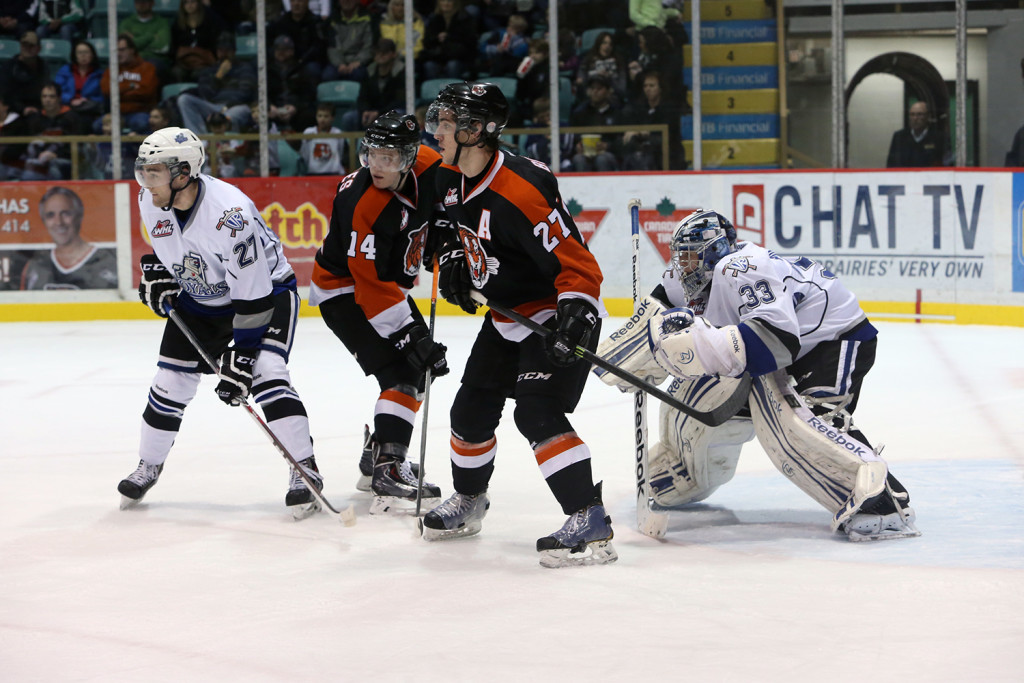 Dylan Bredo has done everything the Medicine Hat Tigers have asked of him.

About the only thing Tigers coaches haven’t asked the Edmonton product to do is play goal. The 20-year-old, who was expecting to spend most of the season on defence, has recently been asked to return to his utility playing ways.

With Hunter Shinkaruk having season-ending hip surgery and Markus Eisenschmid off playing for Germany at the world junior hockey championships, the Tigers numbers at the front end have thinned out.

As a result, Bredo has jumped up front to play forward, usually on a line with Curtis Valk and Miles Koules.

“At first, it was weird,” said Bredo, who returned to forward for a 4-3 shootout victory over the Victoria Royals on Dec. 14 at The Arena. “I was really nervous for the game.

“Once the puck dropped, it was like second nature. I played there for about 18 years.”