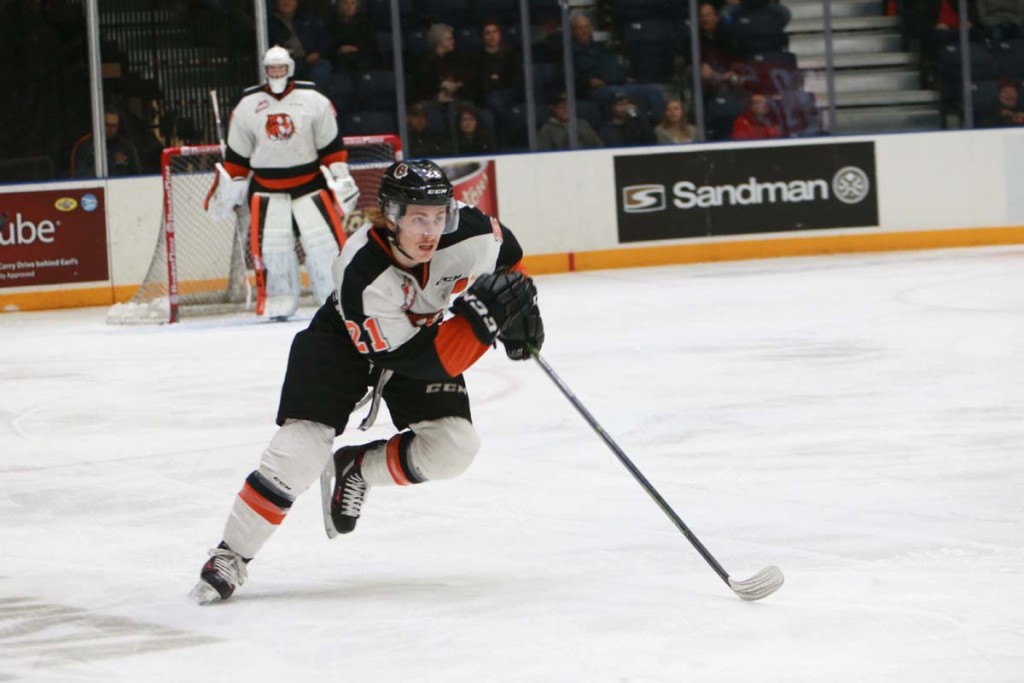 Calgary, AB – The Western Hockey League announced today that Medicine Hat Tigers forward Chad Butcher has been named the WHL Player of the Week for the week ending March 13th, 2016.

On Wednesday, March 9th  against the Prince Albert Raiders, Butcher was in on all four goals as he recorded two goals and two assists to lead the Tigers to a 4-3 comeback victory. Butcher was named the game’s first star for his efforts. On Friday, March 11th, Butcher collected three points (1g-2a) to lead the Tigers to a 6-3 win over the Kootenay ICE and was named the game’s second star. The following night, Butcher tallied an assist in the Tiger’s 4-3 loss to the Kootenay ICE. On Sunday, March 13th, Butcher capped off an impressive week with two assists against the Calgary Hitmen to guide the Tigers to a 4-3 comeback victory.