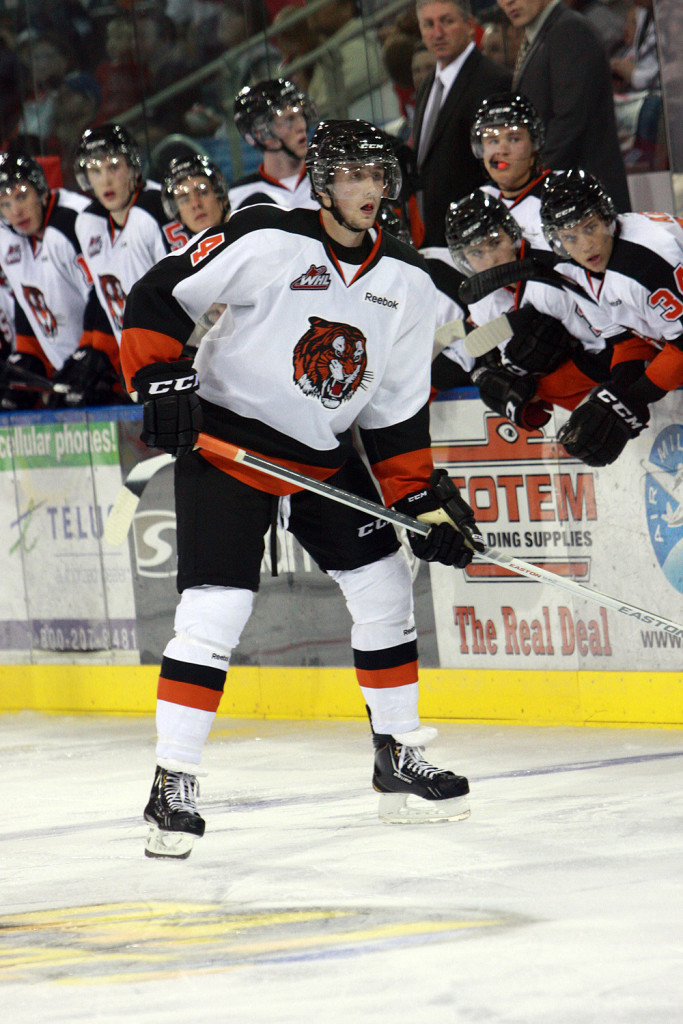 Tigers defenceman Ty Stanton was among the Bengals taken in the 2013 NHL Entry Draft that took place today in Newark, New Jersey.

The Tigers selected Ty in the 2nd round of the 2010 WHL Bantam Draft witht the 36th overall pick.

2010-11: Stanton played for the St. Albert Raiders midget AAA team in the Alberta Midget Hockey League. In 31 games he scored 1 goal with 6 assists and had 75 penalty minutes. He had 1 goal with 1 assist in five playoff games for the Raiders.

2011-12: Stanton returned to the Raiders for a second season – skating in 28 games for St. Albert – and scored 8 goals with 10 assists with 62 penalty minutes. The Raiders advanced to the provincial finals after finishing second in the Dodge Division. Stanton missed the playoffs due to a hip injury. He also participated in the AMHL all-star game.

2012-13: Stanton appeared in 44 games for Medicine Hat in his first WHL season – battling through injuries and a deep Tigers’ blueline crew that included two other 2013 NHL Draft prospects, Tyler Lewington and Spenser Jensen. Stanton scored 2 goals with 14 assists and was -6 with 29 penalty minutes before suffering a season-ending concussion in a March 2nd game. Medicine Hat was fourth in the Central Division and advanced to the second round in the playoffs. Stanton was ranked 78th amongst North American skaters in Central Scouting’s final rankings prior to the 2013 NHL Draft.