HOBBS MAKING USE OF OVERSEAS EXPERIENCE 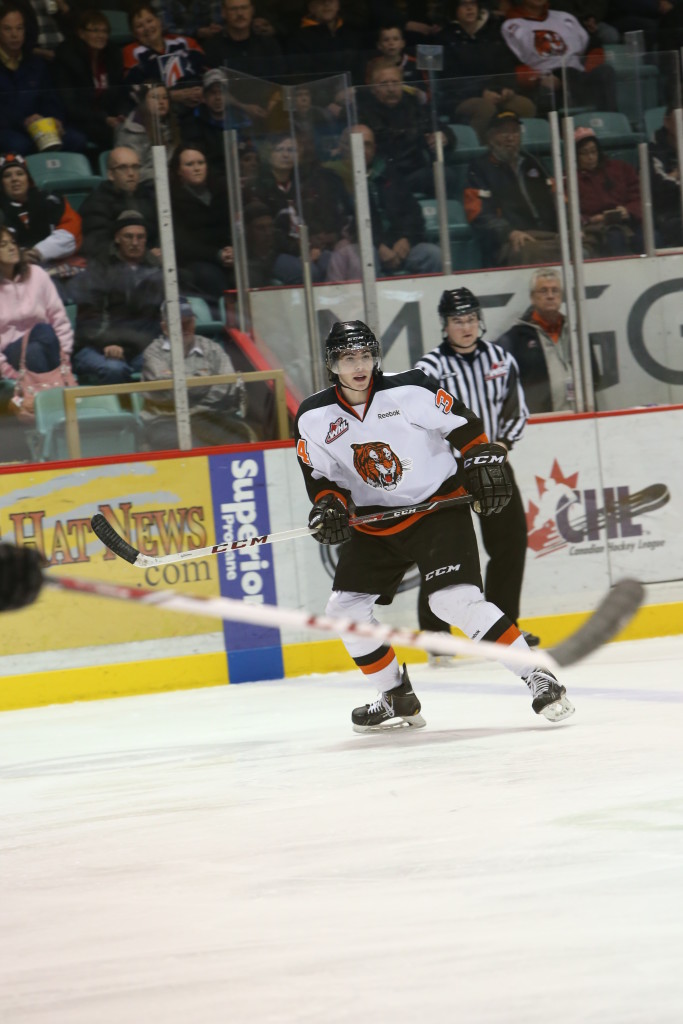 The Western Hockey League is a huge step up from Midget hockey, and any young player will tell you that the speed and in-your-face style of the league takes some getting used to.

For 17-year-old Medicine Hat Tigers Defenceman Connor Hobbs, the difference was noticeable the first time he stepped on the ice last season with his new teammates.

“The first time I practiced, I lined up against Curtis Valk for a drill and he absolutely burned me wide,” Hobbs said, recalling his welcome to the WHL moment.  “I was like, ‘holy, this is pretty surreal getting to play against quality guys like this.’”

But it wasn’t long after that practice that Hobbs caught up to speed with the league, posting three points in the 10 games he played, all while showing good poise.

That poise attracted the interest of Hockey Canada and Hobbs was invited to try out for the U-18 summer team. Hobbs surprised some, making the roster as the only player without a full season of Canadian Hockey League experience under his belt.

“It was amazing to be on a team with so many of those guys,” Hobbs said. “I got to play with and against some really good players.”

And aside from the experience of playing with and against the world’s best, Hobbs learned just how important the little things like warmups and cool downs are.

“We did lots of stuff before games, like using foam rollers and stretching,” he said. “I’m going to definitely be doing that kind of stuff this year.”

And with any luck Hobbs’ new pre and post game routines will lead to the talented defenceman’s name being called by an NHL team in June.

“I try to play offensive as much as I can and be tough to play against in the corners,” Hobbs said. “I like to play a hard game.”