Medicine Hat, AB – The lone power play goal of the game lifted the Kootenay Ice to a 3-2 road victory over the Medicine Hat Tigers on Tuesday night at The Arena.

Tied 2-2 with under six minutes to play, the Kootenay Ice capitalized with the man advantage to give themselves the one goal lead. 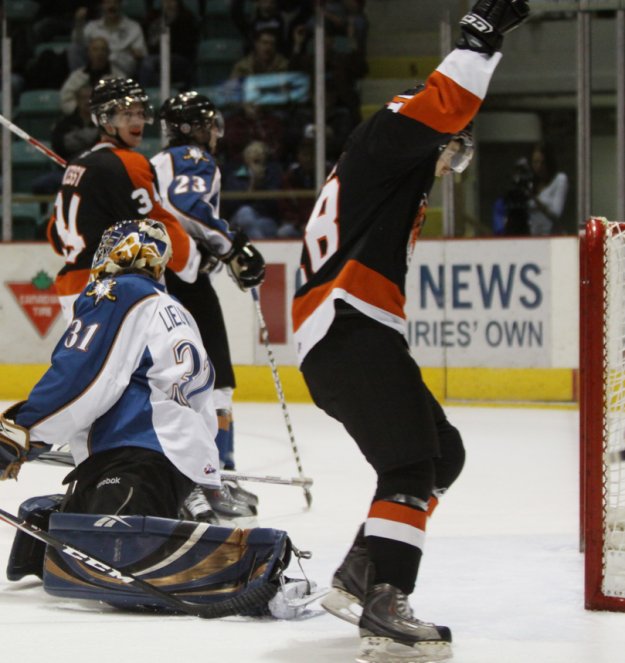 Medicine Hat jumped out to a 1-0 lead midway through the 1st period on a goal by Curtis Valk before the Ice responded with a goal of their own less than a minute later.  For Curtis Valk, it was his first career WHL goal.

The Tigers regained the one goal lead just over a minute later as defenceman Dylan Busenius, with his first career WHL goal, gave the Tigers a 2-1 lead heading into the 2nd period.

After a scoreless 2nd period and the Tigers clinging to a one goal lead, Kootenay managed two goals in the 3rd period for the victory.

The Tigersreturn to action this coming Saturday against the Chilliwack Bruins. Game time is 7:30 PM and can be heard live on CHAT 94.5 FM at tigershockey.com or watched via webcast at livestream.whl.ca.  Fans in attendance are reminded that they will have a chance to bid on their favorite Tigers “Pink” Hockey Stick as the Tigers look to Stick it to Breast Cancer.  A silent auction and raffle will take place with all proceeds benefiting the Canadian Cancer Society.