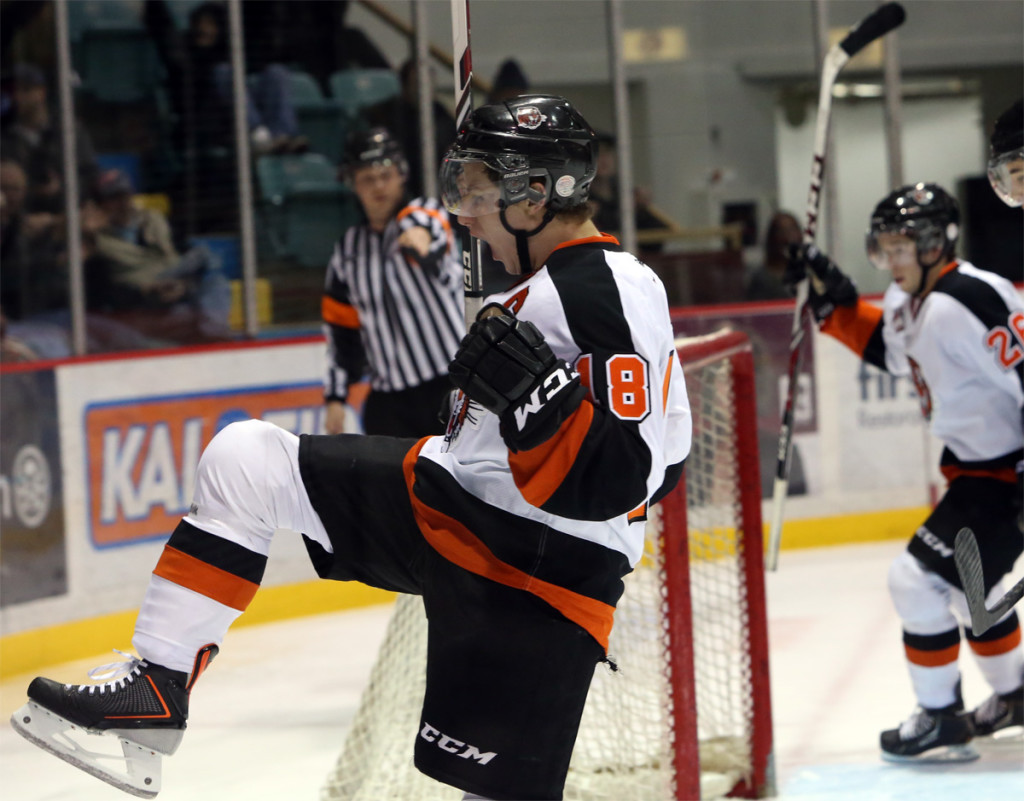 Curtis Valk made sure it wasn’t going to end just yet.

The 20-year-old captain of the Medicine Hat Tigers became part of another special moment for his hometown WHL club Monday. Locked in a 1-1 draw with the Kootenay Ice at Western Financial Place and facing elimination from the WHL playoffs, Valk started into the Kooteany zone late in the third period along with defenceman Dylan Bredo.

Valk and Bredo worked a give-and-go down low that resulted in Valk netting the deciding tally in a 2-1 victory for the Tigers with 35.6 seconds to play in the frame.

The win in Game 6 of the WHL Eastern Conference semifinal series forced Game 7 Wednesday, 7 p.m. at The Arena.

Valk was visibly ecstatic to get the winner.

“It was pretty special for me being a 20-year-old on the team too,” said Valk. “It could have been my last game tonight, if they scored it or took it to overtime and scored.

“It was probably the biggest goal I’ve scored of my career so far.”