IRONMAN SET FOR ANOTHER MILESTONE 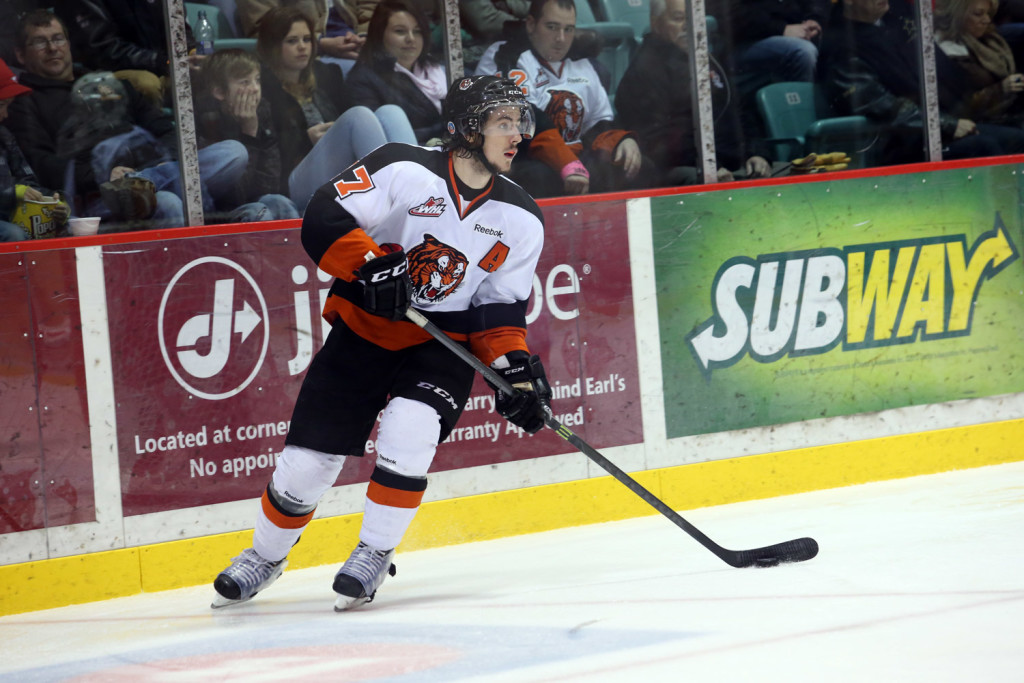 When the Tigers hit the ice for tonight’s match with the powerhouse Edmonton Oil Kings (7 p.m., The Arena), the overage utility player will appear in his 288th consecutive regular season WHL game. He will equal former Spokane Chiefs forward Steve Kuhn, who played from 2008 to 2012, for fourth all-time in league history.

“It is pretty crazy to think that I’ve played that many games in a row,” said Bredo, whose Tigers are 42-23-3-1 this season. “In saying that, I haven’t been too focused on it.

“It has been kind of something that is in the back of my mind. Now that it is here, it is surprising.”

If Bredo appears in the Tigers’ last three games, he will sit alone with the third longest consecutive-games streak in league history. Justin Feser, who closed his WHL career last season with the Tri-City Americans, holds the league record with 321 consecutive games played.

The last time Bredo missed a regular season game with the Tigers came back on March 7, 2010 in a 5-2 home ice victory over the Oil Kings. He was on the healthy scratch list along with current Tigers captain Curtis Valk.